Most of my travels have been well planned unlike some people who are courageous and spontaneous enough to go on an impromptu trip.

Like just wake up and think, ok let me throw some things and let me drive/ take a bus/take a flight and just Go!

That is not me, never has been until and unless I have been pushed, cajoled into doing something like that and to my credit i never succumbed to it.

The last time my friend tried that was when I was on  the Hyderabad airport highway and  he insisted we take a spontaneous detour to Bangalore, my heart pounded and I screamed until he stopped!

But sometimes, just sometimes, circumstances and let’s say universal forces come together to say, let’s test and push her to do something that’s least expected of her and that’s what i did when it came to traveling to this small town.

Ipoh,a town in Northern Malaysia is not in the tourist radar, actually not on any one’s radar of must see places.

In fact, only if you are a Malaysian would you think of Ipoh and maybe because you are from that town or you have a business trip or just plain bored and want to spend a quiet weekend there,that’s it.

Until I visited this quaint colonial mining town, I was not even aware a place like Ipoh existed!

It all happened when I was travelling to Boracay, Philippines and as I browsed through the in flight magazine, I came across this tiny article. There was a magnificent inspiring picture of a mural of two boys on a paper plane, it intrigued me.

As I kept reading, I came to know that the entire mining history in South East Asia centered around here during British Colonial Days. And most importantly the Opium wars started by the British Empire.

Not just the history, there was also the quaint architectural charm of the place. It seemed like it was in a time warp, just like the British left it.

Lazy, easy going, slow that’s what I remember reading. And there were certain food and drinks that were quintessential to Ipoh.

And with that thought, I forgot about this town as I started my journey to Philippines.

When I had a couple of unpleasant experiences in Philippines, solely personal , all I wanted to do was run away, just run away from the negativity, from the pain, from it all.

My first instinct was to rush back home and to just cut off 10 days of holiday I had planned in Singapore.

Then I thought, why should I do that? I deserve my vacation so I totally did something out of my character. I booked a flight to Kuala Lumpur instead and from there I would visit Ipoh.

Why Ipoh? because that’s the only town that kept coming back to me through the pages.

As I landed in Kuala Lumpur, I saw the only way to get to Ipoh was by a train or bus. Luckily, the rail system in KL is so impeccable and prompt and with them starting new fast track trains to Ipoh, it was a jackpot.

I had no idea what I was going to do there. Other than the faint memory of what I read briefly.

As I checked into a small boutique hotel, I was totally awestruck by how small yet fashionable it looked.

It had all the small town look stamped over it, a certain laziness, easy attitude but so much culture.

What can I say about the people there… Friendly, warm and very  curious!

They couldn’t decipher which nationality I belonged to. I looked like a Malaysian Indian to them, but once I got talking, they would get more curious 🙂

Ipoh has extreme temperatures, so it would get extremely hot where I would tan so bad and then a downpour of rain so harsh, I would be soaking wet, all in a matter of 15 minutes!

The best way for me to commute were taxis that were surprisingly cheap and safe and walking.

As i started asking around I came to know that a young Lithuanian artist with the name of Ernest Zacharevic was changing the cultural map of this small town.

Painting life size murals on dilapidated walls, Warehouses, he was ensuring art stayed alive and because of it, people were visiting this town.

I took my phone GPS, followed some internet articles posted by enthusiastic European followers and tracked every Mural of this brilliant artist under the blazing sun and rain.

Among other things,Malaysia is known for its delicious mouth watering street hawker  food. The cuisine is a mix of ethnic chinese, Malayans and Malayan Indians that have formed a diverse and vast fare.

Ipoh was no less.From the famous salted chicken, mind you a whole chicken, where I had to wait in line with the locals, to the famous Malaysian White coffee that originated from this small town, my taste buds were tickling, buzzing and rollicking!

With the old also comes the new, I saw fashionable trendy cafes and boutiques that were not a cut copy version of any  Western malls but truly original. Retaining a colonial charm yet having a strong local identity.

As I walked and walked, averaging almost 6-8 kms a day in this lovely town, I was greeted with nothing but hospitality.

People eager to share the history of this town. Youngsters proud of their heritage, organizing art,music and theatre festivals, showcasing Ipoh in all it’s local pride.I felt I belonged there.

I had youngsters walking with me and showing  me the murals when I lost my way.

Older Malayan Indians invited me to their hawker centres the moment they knew I came from India, giving me a treat and wanting to know everything about a country their forefathers left behind.

I saw a love for the country they would or could never visit.

And did I make friends! A Russian born Aussie from Sydney,who came every two weeks to this town on a technology project and with whom I had many conversations over beer and food.

A bar tender who charmed me with her knowledge on everything local and intellectual.

A post card seller who took me around to show me the most elusive mural and had dinner with me.

An older taxi  driver Uncle who directed me to a proper local joint that undoubtedly served the best coffee!

As I left Ipoh onto my next journey and to the next town, I saw I was welling up with tears, actual tears.

It was like a balm to my aching soul.. The pain I carried on my previous trip just washed away on this journey.

Would I come here again? Would I give a chance again to see a town that seemingly has nothing to show? 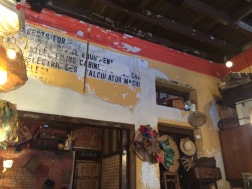 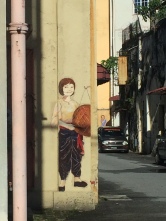 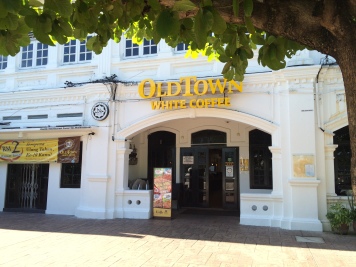 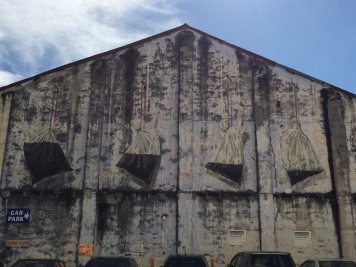 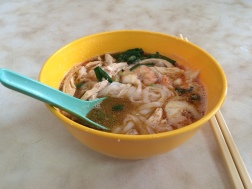 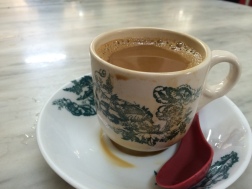 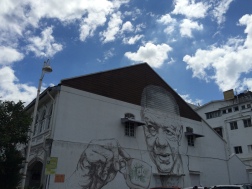 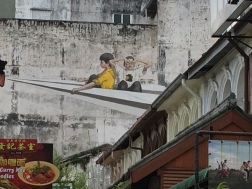 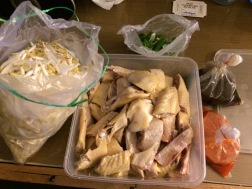