When I walked into a workshop of this Ancient Martial Art, little did I expect it to shock and jolt me out of my senses.

Kalaripayattu or Kalari called in short form is the world’s oldest martial art.

Originated in Northern part of Kerala,what is called the Malabar region, it takes all it’s inferences from nature and it’s many creatures that inhabit it.

What made me want to take it? It was simple. Movement.

Yes, it’s as simple as that. We move every single day. We walk, we sit, we use gestures, we use our entire body to communicate what we feel. In fact, every emotion and action in us is a movement.

But it set me thinking, do we really move? consciously move? Do we move with an awareness synchronizing with our breath?

The answer is NO.

We live a life just for the sake of living.

There are so many times, and so many instances when we just want to say, I CAN’T…

Take any situation that puts us out of our comfort zone and we ignore it or pretend it does not exist.

And Kalari did just that to me.

When I participated in an intense 8 day workshop conducted by Sri Lakshman Gurukkal & Nikhil from Kalarigram, Auroville, every bone in my body, every injury that I had was telling me to give it up.

The crazy controlling mind reminded each and every time, very sternly that I JUST CAN’T DO THIS.

Every animal pose to high kicks to squats to sun salutations to Kalari salutations was telling me to give it up and every day the mind played tricks. It scolded, cajoled, scared me into believing that I am not capable of it..

All the past injuries,be that physical, mental or emotional came into fore like a mirror…

But then, slowly, very slowly, I surrendered.

I surrendered to my body being aware of all the abuse it had taken over the years and keep going with a new awareness..

My injuries were finding a soothing balm in it’s movements. It made me fluid, made me accept myself with all the positives and negatives I carry, made me understand the limitations of my body and mind that I was creating and not letting it go.

It was cathartic in every way.

Every day became a new understanding and acceptance of who I am. Physically, mentally and emotionally.

The old me and the new me accepted each other,blending in, complementing and staying in the present moment.

As I finished the workshop, I realized how closed I had become, whether it was in my movements, in my emotions towards myself or to the others. How far away I felt from being who I really am.

So is Kalari just an ancient martial art? I don’t think so.

It’s a state of mind, a state of awareness, a state of total stillness in movement and being present in every possible sense of your being. 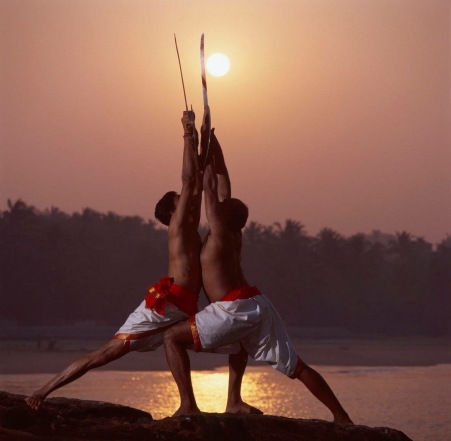 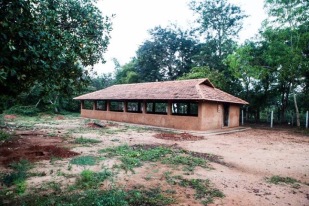 3 thoughts on “KALARI-A STATE OF MIND?”