That evening as we walked back from the beach content with what we felt and enjoyed being surrounded by the quietness of everything, the heart and stomach naturally drifted towards what shall we eat for dinner??

As I mentioned before, we decided that come what may we will explore and eat only local food. No pastas, No Greek  food, no North Indian food no matter how good they were in places or how fancy certain restaurants were.

Initially, we thought of going to this small local bar near our home stay but we started talking about this restaurant O Coqueiro.

Srini visited this place many times during his college days and  he also mentioned that it’s fame went sky high during the 80’s because of a very famous incident.

Charles Sobhraj – known as the ‘Bikini Killer’, International con man famous for charming foreign tourists and killing them viciously, A French Vietnamese Indian guy who created major headlines had escaped from prison and guess where he went. Yup Goa!

And right in Goa, he was partying in O Coqueiro of all places and a tip off to the police made the entire capture legendary.

Inspector Madhukar Baburao Zende who got the tip off captured Charles Sobhraj which would gain him and the restaurant instant fame!

Don’t believe me? Check this notoriously charming serial killer’s history and the capture by Zende on the net and you will be led into a story of intrigue, mystery. violence just like a nail biting thriller!

Anyways, all this notwithstanding O Coqueiro was also known for it’s honest traditional Goan food, no fusion.  I remember in 2009 I had visited this place with a girlfriend for lunch and had a delicious lip smacking fish curry and rice.

This lovely restaurant sits on the Panjim Highway. So Imagine us at 8 pm driving all the way from the north towards the South for this experience 🙂

When we walked in, we saw that the whole place was renovated yet retained it’s colonial old world Goan Charm. I did remember the plantation shutters, windows, crowded old place and now it was this elegant restaurant almost like a Gymkhana Club updated.

Ironically they were going to install a bust of Charles Sobhraj  of all people. I smiled to myself thinking that an International Serial Killer was going to be immortalized in a restaurant 🙂

Yes there were traditional dishes in their menu  but there was also Thai, Continental and other cuisines. And as a restaurateur I understand it totally.

In today’s times, a specialty cuisine doesn’t work and with influx of people, a sheer melting pot, one has to include almost everything like a hotch potch no matter how much you hate doing it.

In the end the customer wants it and you have to give them what they want, not what YOU want. And who knows it better than me with my experience of running one!

Here is where I can describe what was a sheer gastronomic experience in the most simple unassuming way.

The first thing that got my eye and palate was a  dish called Kismur. Dry prawns mixed with fresh coconut and spices! Very local, very crunchy bursting with freshness and so yummy.

And then came what is little known among Non Goans and am saying this, if you eat non – vegetarian and you are in Goa, don’t ever miss out on this priceless gem of a dish called ‘Samarachi Kodi’. And it’s not chicken because I know in some Indian languages Kodi means that.

Made with Dry Prawns,this tantalizing tangy curry with hot rice is all you need to make you feel at bliss.

Can you imagine, Srini and myself were oohing and aahing on every morsel to the amusement of the waiters. They were so surprised we were making a big deal of eating Goan Food while they were recommending their signature Thai and Continental dishes 🙂

And let me say this, even if you are not a seafood fan like me, just go ahead and try this one, and I keep saying this to my friends when I have good food, Your whole perspective on food will change.It’s that good.

Goan cuisine with it’s mix of Portuguese and local Konkan fusion will let you discover a whole new world of flavors. I mean the REAL GOAN cuisine, the real deal!

And do you know what O Coqueiro means? O Coconut 🙂 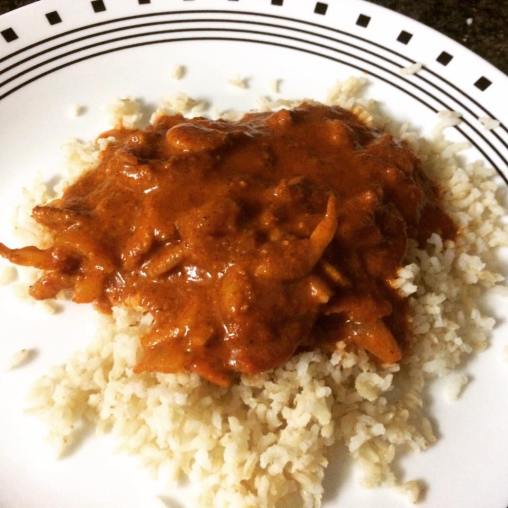 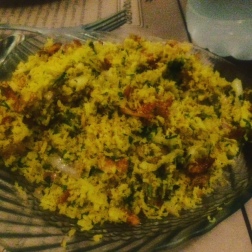 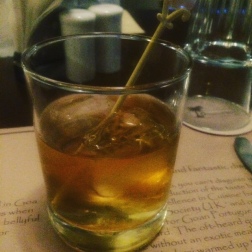 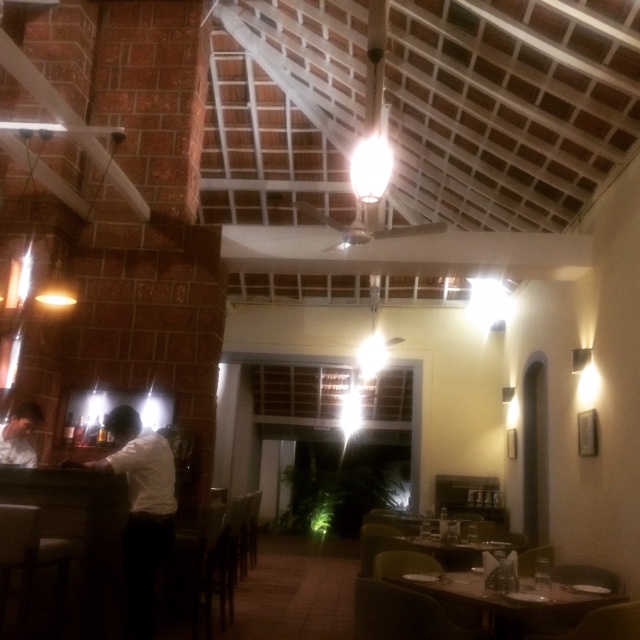 One thought on “Tickled & Pickled by Goa -History & More..”