Sometimes Trips happen in between trips and each one of them is as significant as the other.

As I get ready to explore mountains and know am starting something new, repeating certain things that stay the same and explore this beautiful country of ours, I was reflecting on a trip that happened in between the trips..

Most of the times we get so lost in those ‘big significant trips’ we lose sight of the smaller ones just because it’s around the corner. We take it for granted. One of them just happened to come by.

My partner Srini’s ancestral family village is 2 hours away from the city of Hyderabad, a 100+ kms away.

The few times that I have been there over the years, it was always with a bunch of friends coming there in the evening, sitting under the open sky, playing music, drinking to our gills till 4 am, waking up and going back to the city  by next day afternoon.

So 3 weeks ago was no different, going there with close friends but this time with a little bit of sobriety, more conversations with drinks of course and Kishore Da’s voice crooning in the background along with Cliff Richard.

It was the first time for my girls and by girls I mean my dogs, Bella & Nora, a Saint Bernard and Labrador.

The pure joy I saw in their faces as they leaped ,jumped into that open space that was left for them told me this is where they belonged, their true canine self.  For all the pampering that I thought I do to them, they were at their utmost comfort rolling and running in the mud, sun notwithstanding.

Through their eyes only, for the first time I could truly see the place for what it was, the house, the village and the people in it..

Right the very next day as usual, as we were ready to get set and go back and everyone got into their cars, I saw my big girl Bella sitting forlorn at the back seat looking at the gate as we exited.

The next thing we knew within an hour of driving away from the village we came right back to it.The rest of the group had driven off to the city. Though we thought we were doing this for Bella, I knew we were doing it for ourselves too.

So come next weekend, we made a plan impromptu to just go to the village again and this time with no party in mind nor our group of friends, it just happened.

Just right there as we entered the village, both my girls Bella & Nora got excited, they were getting back to an environment they truly belonged to.

Because It was just me and Srini, we took upon cooking food for ourselves with the caretaker boys and the help. It was therapeutic to say the least.. And in this process I came to know so much from Srini’s family history, their legacy and how certain traditions stayed as they were.

Srini’s family comes from a family generations of Patels (Not to be mistaken for the Gujarati Patels) Sarpanch, Headmen who basically supervised and solved any financial, domestic, family disputes in the village as it was in the olden days.

Srini’s father was an achiever. He moved out of the village, developed the roads, the entire network there, went from a Sarpanch to a politician to becoming an MP.

Yet it was so much more than just being that. The love for their land, for their people, the desire to do something and contribute something for ‘his people’ is what I saw..

The love and affection and respect their family got was tremendous and more than that was to know that they donated all their lands to the farmers and the ancestral house where we stayed in was given to the people to use it for any functions, community meetings and all.

I realized there is a total other side to this. We as working professionals, in our day to day lives or jobs don’t get to see this side of it at all. It is a whole new world.

Amidst the calmness was this old old house with it’s history of having housed many generations under one roof, old relics of swords and spears taken out during festive occasions like Dussera which is celebrated big in Telangana. And the whole village taking care of it like their own.

One word I could take out from this was ‘Giving’ . Yes, ‘Giving’.

People in these villages whether one was a headman or someone else, truly knew and followed the concept of giving regardless of caste or community. It was never about their ‘own family’, the whole village was their family that needed to be looked after.

I remembered Srini saying My father was the Father to everyone else here, only after that came our family in his list of priorities. It was always Ours and Us, we were never taught nor followed ‘It’s Mine, My’ at all.

I soaked in everything  for the next 3 days, seeing people walking in and out, talking to them as they helped me in the kitchen, I realized what a different world it was.

I truly understood Srini’s angst when he saw the selfishness and greed that pervades in people so much today. Me, Mine, My seems petty and selfish right?

I explored every nook and corner of the house with it’s stories, as to where the Godowns were, where the Panchayati (community meetings) would usually happen, how the cowsheds looked and how basic were sanitary facilities, stories of how those days jewellery was stored in pots in dark underground spaces and usually there would be snakes around it. Cobras spotted inside the house and under the beds that would be shooed away.

Here I was always traveling to distant places all the time seeking peace and calm and it was right here,  not so far far away..  If only we could be still, be aware like how it was being in the village.

For all the technology that had reached even the villages, there was a trait that we as city people have totally lost.. Honesty…

It made it all the more evident for me that I cannot take the urban din and people anymore. Either I had to grin and bear it or move out of this so called social conundrum of city life..

As we drove hesitantly out of the village after an amazing calming 3 days, we knew that come what may, no matter what happened out there back in the city, there is finally a home that we truly feel home at. 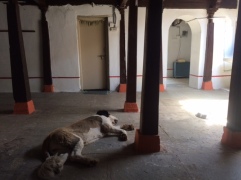 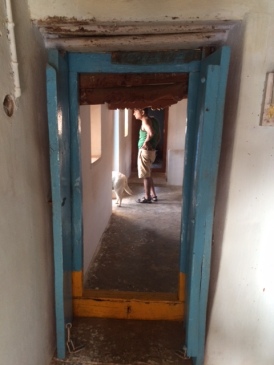 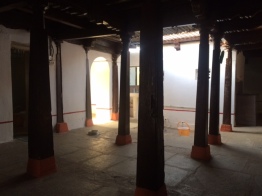 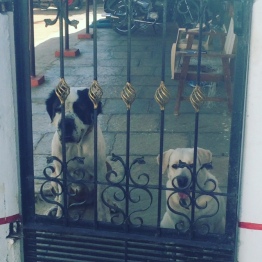 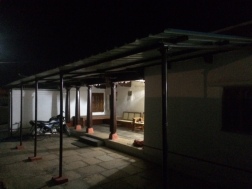 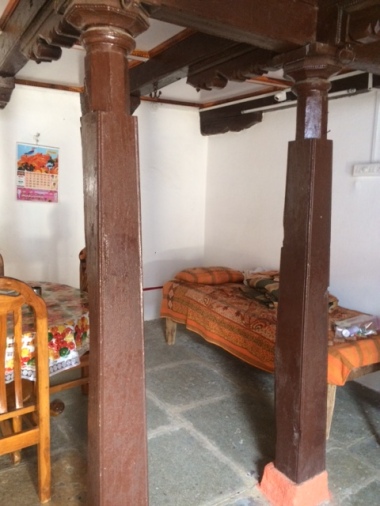 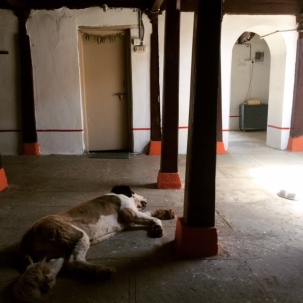