Before I tell you about my ride to Almora, a little bit about my friends.

I met Deepta and Arjun a couple of years ago at a common friend’s farm in Tumkur, this is outside Bangalore.

We hit it off instantly. They are a fun Bindaas couple. Forever the Rebels they took life by it’s horns. Very light hearted, super fun and so so amazing.

I remember when we spent time together with a couple more friends, whole night awake, talking, laughing  about everything under the sun. Old Monk, smokes, dhabas, old bars, from Tumkur to Bangalore, we had fun those few days.

Arjun is what I call a technology whiz. He left a lucrative life and job in US and decided to do something at grass roots level in India. He was a recipient of the Prestigious Ashoka Fellowship Grant. And he took life with a big smile.

At our common friends farm where they were put up, he was building an internet network cheap and cost effective that can be accessible to villages all across, sharing information. This is as basic as I can explain. If you want to know more, check

Deepta what can I say? The most sensible counter culture girl I have met seriously. She is frank, straightforward, cared two hoots about what people thought and yet soft inside, a very warm person. I loved her the moment I met her. She left a corporate life, as a consultant and believed in working at grass roots level.  Together they were perfect for each other.

They had moved to Uttarakhand last year along with their adorable hyper active dog Fuchka.. Setting up office, their home and working on Internet Connectivity in remote areas, getting involved locally.

So imagine how super excited I was to meet them after two years!

In fact just after the trek I got a message from Arjun saying if it’s possible to check out this homestay in Hawalbagh called Innisfree, it was run by very close friends of their’s – Julia & Lat and they wanted to see how to make it more visible to people through blogging and other social media. Deepta sent me their Facebook Page.

I would be staying at the home stay to experience it and when I looked at the Facebook Page of Innisfree, it had such a good vibe to it. Nested in midst of the Shivaliks, completely out of the noisy Almora. When I saw a pic of Julia & Lat, I liked what I saw.

So here I was riding with our driver Nadeem along with others to Almora.

This man was a character I tell you. Deepta already cautioned me saying these guys drive super fast and I mean super fast around bends and curves so a drive that would usually take 3+ hours, they do it in 2 + hours and this guy didn’t disappoint us.

What amused me was this small temple bell right in front of him. Yes a small temple bell hanging just above his steering wheel. What would you think if you had a guy with the name of Nadeem having this? You would think ha ok, maybe the owner is a Hindu and he is just driving it.

So I was pretty amused when at every temple he would pass by, he would ring the small bell in front of him, like Ting Ting! and pray! Every single time! A ting ting, a small bow with a prayer until the next one came up.

And he had this amazing way of spitting his Gutkha/Pan while driving at that speed. What do I say, going at neck break speed, opening his door wide open and bending all the way down and spitting! I didn’t know whether to get petrified or get entertained 🙂

As we started off  I saw a Dhaba called Lee’s Kitchen that proudly had a board that said Recommended by  Rocky & Mayur from ‘Highway on my plate’ show on NDTV good times. Yup, those guys were pretty popular traveling across India and stopping at Dhabas.

I also realized that the entire route was quite popular for different kinds of Babas. There were so many temples and pilgrims saying this Baba is here, that place was famous for that Baba and so on and so forth.

We crossed Bhimtal, then Bhowali. The major point we crossed was near Kainchidam – a famous temple  and ashram there and also reputed to have had the famous Neem Karoli Baba Maharaj. I did his hear his name when I was living in USA. Lot of yoga teachers and celebrities followed him.

Here is a trivia. Did you know Steve Jobs followed him as his Guru and made the trip to India specifically to meet him in the 1970s?? But it was too late as he passed away just a year before.Guess who tells me all this! Yup our man Nadeem.

My stomach was making big loud noises. It was almost 1 pm and I had nothing to eat since last evening. Nadeem stopped at this place called – Wait for it! Gharampani! Yup I couldn’t believe this place was named that. It was so called because hot springs from above would flow here.

He stopped at a nice joint for Chai and I had a tasty Bread Pakoda . After a small break, we finally were nearing Almora.

I called Deepta and we managed to pick a drop off point where I could meet her.

And there she was with her big smile, open arms, giving me a big hug and grabbing my day pack and saying Chalo, the car is in the cellar of a shopping complex.  And Arjun too with his big grin and smile and a hug and a big Hello! It was so good just to see them and I had a good 3 days to go.

As Arjun went to some buy some stuff from the market, Deepta opened the door to her car and out came the cutest of all cutest pups- Cola!

Deepta and Arjun were animal lovers to the core. They found Cola under their car when she was even smaller. She was smart enough to protect herself against the other street dogs and weather and hid under their car. And she found the perfect Mommy and Daddy in them 🙂

I go all mush believe me when I see animals, especially dogs. I couldn’t get enough of her! The world would be a much better place with more of them and less of us..

She was a fiesty pup who just wanted to run so Deepta placed her on top of the car in the parking area until we waited for Arjun.

Hawalbagh had lots of leopards and with it leopard attacks. Attacking livestock and dogs for food. Lots of dogs would go missing as leopards started entering populated areas but for the Kumaonis it was a way of life.

I couldn’t believe I was actually here. The famous story of Jim Corbett, ‘The Man Eater of Kumaon’ kept on coming to my mind.

I would get to hear lot more stories from Julia, Lat, Deepta & Arjun. So many of them.. the culture, the people, local governance, their way of life.. It was going to be an enriching 3 days.

We were enroute to Hawalbagh with Arjun behind the wheel and Deepta with Cola.

I was smiling big! I am FINALLY HERE! I AM ACTUALLY HERE! 🙂 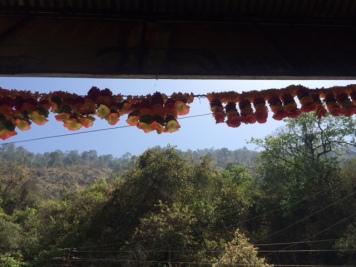 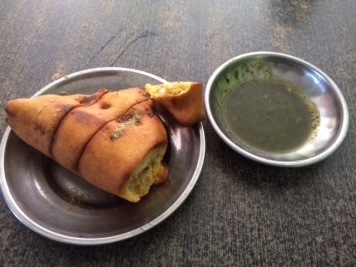 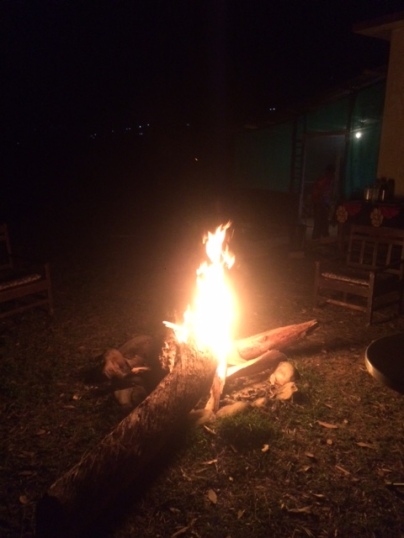 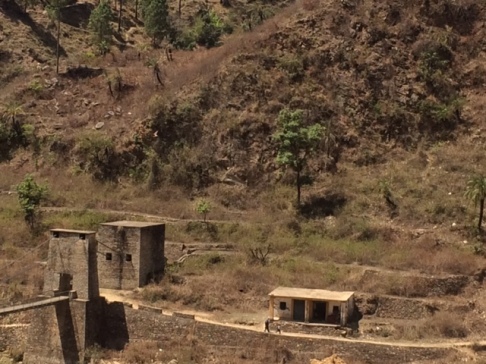 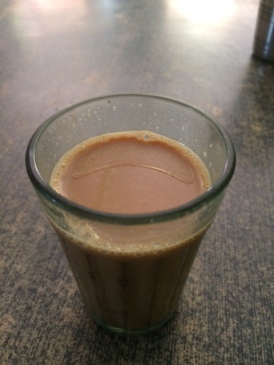