Why am I writing this? I felt I needed to end it with this. With this journey at least..

As I write this, I recollect almost 15 years of traveling, sometimes with loved ones and in my later years mostly alone.

When I moved back to India all I did was travel OUT of India not realizing the trove of treasures it holds. I was let’s say the typical snobbish expat who scoffed at almost everything Indian, hated it’s double standards and yes applied that to almost everyone.

I told people and I really felt at that time that it was much safer traveling outside the country on your own as a woman than within.

I vehemently said I am Spiritual Not religious because that became a cuss word in Secular India.You were cool, trendy when you dissed rituals, festivals, traditional or anything local to the country without knowing it’s meaning. You were this broad minded person or perceived as one mainly because of the above.

When I met my friend Pankaj and he encouraged me to travel within India especially in the mountains, I was apprehensive, I was stubborn, holding on firmly to my beliefs.

Ladakh changed that, then Deorital- Tungnath broke the gates open and I found my calling at Kedarnath.

It shook me in a way like never before. He brought me back to the path I left long ago. A path that said be open, to other’s beliefs and rituals as well as your own. The struggle ended.

When I saw people – old, young, handicapped, disabled, blind ( No I don’t want to use today’s politically correct jargon)  climbing up, it was their faith in that God that made them move beyond their capability.

Simple people with their own principles came together for this purpose. And I learnt a lot and I mean a lot. I learnt acceptance and not in a ‘patronizing everyone’ kind of acceptance but totally humbled. The Himalayas teach you that BIG TIME.

The Mountains showed me that during adversity the only way we can make it through is by being together and helping each other.

I also realized that Life is simple, very simple and so are human beings.

We are truly these tiny insignificant creatures not at all superior to other beings as we are made to believe. As Dalai Lama says, All Beings are Sentient. Period.

The other aspect I really want to share is the part of traveling alone and being a woman. I have realized that when people especially my male friends say it’s SAFE, their meaning of Safe and my meaning of Safe is different and rightly so.

Being born and growing up as a man is different in every sort of way while we women have been told and have seen and experienced how things can quickly go from good to the worst in a matter of time.

When I recollect Sonprayag experience with that intruder coming into my room and friends assuring me it’s safe to stay there for a night, it comes from a different perspective altogether. I should have seen that and used my own perspective which I missed out on and paid a price for it.

Being a female solo traveler is quite tough and I am not saying this putting myself on a pedestal but because I think it’s time to dispel some notions on it.

Not everything is smooth sailing, it’s not all romantic, and yes sometimes one feels lonely without any company, I have those moments too.

And yes I have to be more cautious than ever while traveling solo. The trust levels are low because you never know who would take advantage of it. It’s not about  a person being Good or Bad, it’s all circumstantial. Almost everything is circumstantial.

When I began my first solo travel, it was to Phuket in Thailand. There were only couples or families or girl groups or guy groups. Kayaking alone, eating alone, snorkeling alone, sightseeing alone and it was lonely, very lonely.

As I started traveling more, I began to enjoy myself being alone and it grew onto me. Slowly but surely. It took me a few years to enjoy solo travel and realize this is for me.

So if any of the women are reading this, I would say Go Ahead and Travel solo but listen to your instincts, you don’t have to do it because it’s out there, go solo if you really want to be on your own. We are so caught up in trying to be ‘different’ tag that we lose ourselves in that process.

There is nothing wrong if you prefer company, to have someone with you, that’s an amazing way to travel too.

And the biggest suggestion I give humbly to anyone who travels solo or with company, treks or no treks, mountains or beaches is to chuck that selfie stick away, those big cameras, Go-Pros etc., and savor it with your beautiful naked eyes.

Our flashy smartphones are enough to take good pictures but please don’t rush to ‘capture’ the moment, you are missing that very moment.

Let it not be about you always. God has shown us again and again it’s not about YOU. Take the hint. Enjoy those moments and get that iphone/camera out once you had your fill.

And last but not the least, whichever place one travels to, the peace is always within, the happiness is within and so is sadness and pain..

The Mountains taught me to seek internally, to not hold judgement, to be open and to accept myself as I am and others, stuff I did not learn even during some really deep workshops.

It taught me to take life with a smile and make it as simple as possible, it is in my hands to some extent, the rest I should leave it to chance…

Till we meet again… 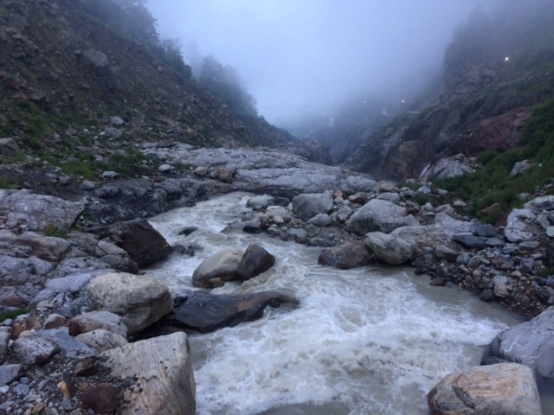 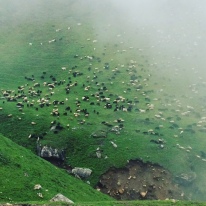 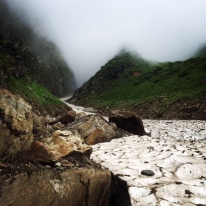 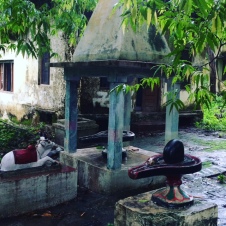 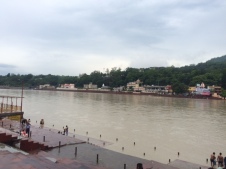 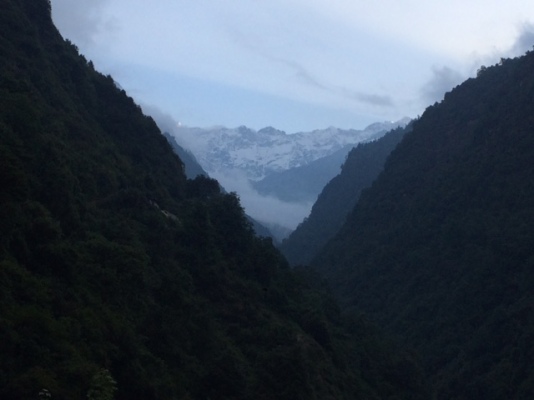 4 thoughts on “Epilogue – The Realities”