What happens when two Mallus get together? Riot happens!

Him being a Full Malayali and me a half and half meant so many things we had in common. Those hot summers in Kerala, to the accents to the dissent to the shit that has been happening in today’s world, practically everything under the sun.

We clicked like that! It was as if two mates met after a long time and catching up, it was that simple and easy. Not even once I felt I was making a new friend, meeting someone new. There was this solid connection of meeting a buddy after years!

Between Two Beer Towers and His Chilli Chicken and my Garlic Prawns we spoke about our lives, our work, our passion, our careers, our families, his band, my cafe, his job, my trekking plans, from over hyped crappy Biryani from Paradise to the real deal biryani, yup all kind of stuff and it was so awesome when I think about it.

Leopold has many special memories for me and this was very special too, I met a buddy and made a friend.

Now when I think about it, I didn’t care about the rain pounding outside nor looking all around Leopold in awe like I usually do.

We were laughing loud and cheering each other. This talented man had a penchant for imitating people with the right accent and it was bang on! He said give me another meeting and I can imitate you and I said No Dude, I am sure you can do it now too, you are just being polite 🙂

From gawking over the book Shantharam to Music Festivals in the North East,From Food to Fat, three and a half hours had just passed by and I completely forgot I had to call Pankaj and go to his place to pack. I so wanted to hang around for another round of beer food and conversations but it was time to go.

I truly appreciated that he took his day off and met up with me. He was saying Arre Yaar don’t be so thankful I have so many leaves pending. For me, it was not the point, in today’s times when so called friends don’t even pick up their phone to say Hello, How are you, Here I had a friend who took his time off and drove from Thane to meet me and that was a huge gesture and I was grateful and thankful for that.

With a promise to meet him up whenever am in Bombay and a promise from him that he would come to Hyderabad and eat my house made Biryani, we parted our ways.

It was time to leave my friend’s place and here is the thing, whenever I say goodbye, i feel bitter sweet and emotional and Pankaj had no idea how fortunate I felt to have a wonderful friend like him and for inspiring me.

I was on my way to meet one of the most charismatic friends I ever had.

I have realized over the years and this holds true for me, I have made deep connections and bonds with people I have met just like that. No long standing friendship for years, no set path of college friends or ex colleagues or anything like that. Most of my deep friendships came out like a click, a connection, we saw, we met and we formed a bond.

Can I say that R is the most charming gentleman I have met ? We met at a bar when I was out with friends 2 years ago in Bombay.  Sounds Cheesy but what formed was an awesome connection. He belonged to another world. The current world that was full of lies and double standards and he was the ultimate rebel with his frankness, openness and shredding those double standards to pieces.

What we shared in common was a love, no wait, an obsession towards good Rock & Retro music from the 60s, 70s English and Hindi and a bunch of other things. That’s why in the title HE is the Charismatic Sindhi 🙂

The moment I walked in, he was all smiles hurrying me up and saying Chalo I have the whole evening planned out,Freshen up and I will take you to some awesome places!

But first a special mention about his sweetheart ‘Khaleesa’, his furry old soul young cat that is really not a cat! No I mean it!

When you looked into Khaleesa’s eyes, it was like looking into an old soul.. He didn’t behave like a cat anyways. He was excited seeing another person walking in, he would play, he would communicate with his eyes.

We started bar hopping from Door No. 1 ( a fabulous place btw) that played only Retro Rock Hindi and English music with Quiz nights to Soul Fry – a Goan Bar that was having a Karaoke night and R sang with his beautiful Baritone voice to 145 Cafe and Bar over lots of Beer and Goan Fried Fish.

R was a popular chap so wherever we went, he was stopped with big hugs 🙂 I remember we were quite high on beers and it was 1 am so we decided to head back home.

I still remember being awake at 3 am and being fed awesome home made Sindhi Khaana that his mum sent and crashing to bed.

I woke up early around 7 am and freshened up and saw Khaleesa resting at her usual place and R blissfully sleeping. I played with Khaleesa, fed him some food and looked at my dear friend.

Very few people in this world were as kind hearted as him, to be this sensitive and to be honest to himself and others, there was no bullshit when it came to him, no wonder he was a rebel and constantly fighting his own battles, to a society that wanted to cow him down..

I quietly packed up without disturbing my friend, petted Khaleesa, gave the old soul a flying kiss and told him I will be back soon and walked out. I was soaking in the sunshine walking until I saw a cafe and sat for a while.. I was reminiscing about the few days I spent here and the kind of people I met.

From Mountains to Farmhouses, Beers to Vodkas, Clubs to Bars, and good friends I was fortunate to have.

As I took my flight and was nearing the end of my journey, I truly hoped there would be more such mountains to trek, more friends with whom I would explore and friends who would love a good beer with great conversations.. 🙂 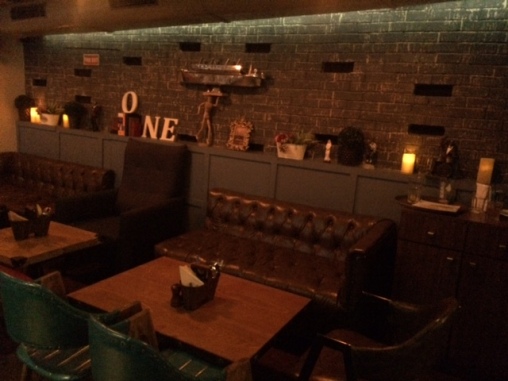 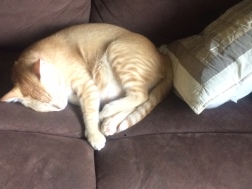 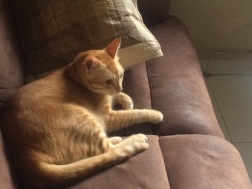 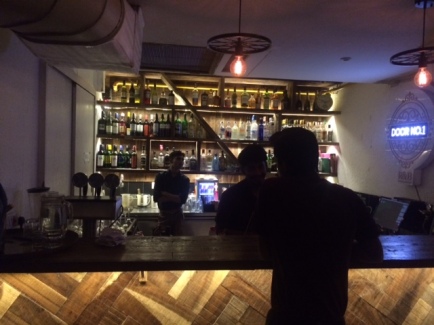 One thought on “Two Mallus,A Charismatic Sindhi and the End of a Journey..”