Here I was all set to be in Delhi and be with my friend Dupi till I could meet Bhim and his friends at the Railway Station in the evening.  We would all be taking the train to Kathgodam that evening. And most of our fellow trekkers would be on the same train.

This time I had consciously avoided the whatsapp group for trekkers that our trekking community started whenever there was a new trek. Bhim did the same. We had our individual experience of having been a part of such groups and facing the onslaughts of chats ranging from picnics, excursions to what not 🙂

There had to be an element of surprise in whom all we were meeting, isn’t it?

I spent a greater part of my day chatting with Harnoor, daughter of my friend Dupi. She had her mid terms and was at home studying. Dupi came back home from her work and we were again chatting non stop. This is the thing with true old friends, we pick up from where we left.Neither months nor years matter when it’s someone you enjoy being with.

Dupi very sweetly got me Cashews snacks dry fruits for the trek even though I insisted I had some with me, she was like you and your friends share it. Friends, right? They melt your heart with their thoughtfulness.

Bhim landed in the evening with his friends and they were all set out for a visit to Chandni Chowk, the old Delhi part, roam around and eat the famous chaat and kebabs there.

It was almost evening and it was time for me to go. I took a metro and in no time I was in Old Delhi station calling my friend. They had already reached the station and were waiting at the platform.

As I walked faster towards them I was happy and excited. I was meeting my trekker friend again with those memories of Deorital and now meeting new people.

And there he was chilling out with another friend, a gal. Bright big eyes, enthusiastic and one of the loveliest smiles I have seen. Her name was Neha, she was a runner when she was not punching numbers as a Financial Analyst. She was from Bangalore like Bhim.

And then came in, hmmm how do I describe him? Bhim’s former colleague and friend Nagabhushan. Bhim and Neha were wondering where he was and as my friend mentioned, Nag did stuff in slow motion. He took his time always.

And there I saw him, very calm and there was a lovely aura about him, something soft and easy about him. He gave a faint smile as we got introduced. This was going to be fun!

They described their day out. First of all they lugged their backpacks and went around Old Delhi in that heat and dust. Went to Chandni Chowk and had food and realized it was way too over rated.

They decided to do the light and sound show at Red Fort, at least this way they had a place to sit and relax and boy did they get laughs out of it! Well  most of it was in a mix of Hindustani and Urdu with no clarity, which didn’t make sense and there was too much of ‘Sha’ happening.

From Shahjahan to Shah alam to what not. All they could hear was Sha. The climax was when the woman screams ‘Hai Allah’ and amidst peals of laughter they described how it sounded to them!

After that I swear Sha and Hai Allah took on a different meaning to all of us! This would be our code words for the rest of the trek. We would use it in different situations with different people 🙂

No sooner did we start chatting we turned around to see other trekkers around us. One was Harsha – an overenthusiastic trekker  IIT’an from Kharagpur, a 24 year old who was obsessed about  Indiahikes – the trekking community we were going with. You ask him anything about any trek that was being organized and documented, he knew about it.

And there was Mr.Singapore. This man’s introduction was Hi I am Anand, I am from Singapore 🙂 Then would come the detailed intro about how he was from Chandigarh and how he trained for the trek, how enthused he is and what precautions he took etc etc., Don’t believe me? Well I had the fortunate experience of being in the same compartment with him so yup I heard that and more 🙂

As we got into our respective compartments I saw Mr.Singapore’s berth above me, Harsha’s on the other side and another trekker a silent man Jay next to Harsha. There were also a lovely couple from Bombay who were doing the Roopkund trek but with a different trekking company.

With Mr.Singapore going on and on in his enthusiasm and Harsha with his encylcopedia knowledge on treks I decided its best I curb my own enthusiasm, stick to the bed and knock myself off to sleep.

This was just a sample of whom all I was going to meet on this incredible journey. And the ride had just begun 🙂 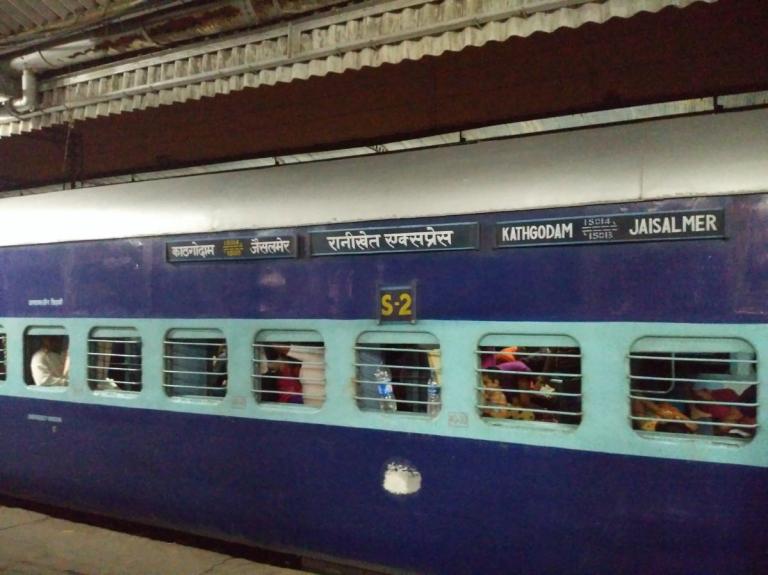