We woke up from a post Sangrea bliss that morning. It was the eve of Diwali or Choti Diwali.

Honestly I don’t mean to be rude but with so many categories to every festival I have lost count. From getting wishes for the five days of Diwali to Easter one does lose count. In our childhood it was pretty simple, It was Bhogi and then Diwali.

The first thing Aanchal said when she woke up was, It was so much fun at Elephant & Co! So Srini asked what was in that place? Were there bands? DJ’s? Events? Stand up comic? Loud Music? Yet we had a great time there, isn’t it?

It brought me back to the reason for starting Truffles Cafe. One didn’t need a reason to hangout, no stimulation was required. It was a hangout, to be yourself, to drown yourself in the company of friends, loved ones and to just be there..

Now we were all set for a typical Maharashtrian breakfast! I was already searching online for the authentic breakfast place. Mathura was always there but could there be anything more local, more interesting? Mathura was a chain.

I finally came upon Khadadi, this was a tiny place in Sadashiv Peth, the other side of Viman Nagar. A proper Maharashtrian area and this I wanted to explore.

I saw two sleepy eyed faces waking up post 9.30 am and still lazing around. Finally we got out to get to that area, a good 10 kms away. Pune roads are something else, wide and open and not much traffic clog like Bangalore or the uselessness of Hyderabad.

We were in the heart of Marathaland. There was an instant change of scene as we got down from the auto and started walking towards our destination. There were families going to the Temple, the vibe was beautiful and so local.

Men were dressed in their traditional best, young and old with those Tilaks as we waded through them. This was so different from Viman Nagar. Gone were the cool students with their shorts and cigarettes, the hipsters with their bikes. Here you could get pulled up for being brazen by a concerned elder.

We walked through the vibrant festival filled streets and finally stood in front of Khadadi. And it was shut. Yep shut. Checking out with the people, we came to know it was permanently shut. It was 10.30 am and we were hungry for some good Maharashtrian Breakfast!

Finally we found another Mathura, a 10 minute auto ride away. We ordered Talipeeth and Kanda Poha. I had savoured Talipeeth a few months ago during a mini trek near Lonavala and I loved it. I was surprised that neither Srini nor Aanchal knew about it so it was time!

Talipeeth comes in different versions by the way. Sometimes deep fried and served with sweet curd or like a big Chapati served with something savoury.

The Mathura one hit the taste buds just right. A big Talipeeth served with sweet curd that had onions and green chillies, it was yum! We all have our versions of Poha (beaten rice) and the Maharashtrian Kanda Poha was different with sugar added to it. I loved it but the others were used to the Telangana spicy one which is equally unique and yum.

We had time to kill until we could eat our Maharashtrian lunch so what should we do? Aanchal said Flambos was not very far from here plus Srini mentioned they had happy hours anyways on brewed beer so why not? 🙂

After chatting over Belgian Wit and Masala Papad (yep the combination kills!) we headed to another typical Maharashtrian place for lunch.

I came to know from Srini that the mutton dishes were delicious in Maharashtrian cuisine so as usual I googled, searched and went to this place that served the best. Gopi Non Veg. and again permanently shut.We had no choice but to go to the Vaishali waiter recommended Durvankur Dining Hall.

We were assailed by locals coming in and out. Fast and Furious I could say. Absolutely no non maharashtrians except us. If you wanted a leisurely Thali meal, this is not the one. You had to wait with your name being called out and finally led to a table and once you sat, you had no choice but to eat fast and get out.

Once the Thali was on your table, in came fast and furious the curries, the veggies. Dahi Vada, Jalebi, Fruit Srikhand and Rice Kheer. Then came Thalipeeth (a different version) with fryums, followed by Aluchi which looked like Potato but was actually Taro.

Once you barely finished that, then came piping hot Pooris and you see your Thali, it’s like a feast. Usal curry, Bharli Vangi. With the rice came the delicious Varan, also called Amti – yellow dal with dollops of Ghee.

Rush Rush Rush with people coming in and out. The main guy calling out names and ushering them in, we were eating like we were going to be pushed out anytime soon 🙂

There is no time to chat there really. Just eat and get out. When they got Vangi Bath we were stuffed to the gills. This was it. We had enough! It was a treat but to eat them as fast as they were coming was a herculean task.

3 South Indians after a meal would crave for what in the end? Perugannam (Curd rice) and like fools we started pleading for at least one cup of Plain Dahi (curd) and yep Koshimbir ( watered down thin curd with onions and chillies) was there but it wasn’t the same, we wanted curd rice 🙂

Finally we walked out in a daze. The pulses, amtis, srikhands were acting on us and yet we waited out and sat at the steps like true blue foodies. This too shall pass 🙂

Walking in a food daze is not good especially when one is getting a tattoo and one is getting pierced. Hoping that the food daze will get us through the pain we walked into Saby’s tattoo parlour. A cool place and their taste of Rock music is awesome!

While Aanchal got her tattoo done, I braced myself for the piercing, let’s say the food daze worked out for us 🙂

Aanchal’s was a cool tattoo. It was simple and profound. YES AND. yep that simple. She was inspired by Improvisational Comedy rules. If you are an avid SNL (Saturday Night live) fan and knew about Second City Improv theatre that doled out tons of famous comedians to date, you will know this.

Yes meant you agreed with your partner, You said Yes and improvised it  and made it better, worked together as a team and made it happen and that could be used for Life.

To agree, to not fight but to work on improvising it, every day, your life and others. It also meant, to be spontaneous. I was impressed by the 19 year old’s sense of how she perceived life. She was an SNL (Saturday Night Live) fan like me and a Tina Fey one at that. It was super cool!

We wanted to visit THE bakery everyone talks about, the place one must visit post the bombing in 2010. German Bakery I guess became more famous post that.

Honestly we were still stuffed with pulses and Amtis in our stomach but we had to visit so we walked our way towards it. Aanchal and  I ordered some Iced teas while Srini went for a nice pretty looking Frappe 🙂

As we sat there I realized there was nothing special except that Foreigners were frequent visitors and a Woody Allen look alike sitting behind us. The Osho centre was close by and you could see a lot of people coming from there. Added to that was the bad sound system playing EDM party music at 4.30 pm, so not there people.

Maybe it was the food buzz but I was just not feeling it there. It was time to go home to nurse our bellies post Maharashtrian explosion. We relaxed, more like slept for some time.

It was evening and it was time for what else? Dinner 🙂

Aanchal took us to KARGO, a must visit ! None of us are big fans of fusion cuisine but this was something else.

Have you heard of Naanza?? Yep, these guys take the humble Tandoor Naan bread make it thin crust and add delicious toppings and the result? Fingerlicking Fantastico ‘Naanza’!

While Aanchal and Srini enjoyed the melt in the mouth Lamb Nanza, I went for the Caramelized Onions, spinach and artichoke one and it was so freaking good! While I had mine with a nice Fratelli Rose wine, Srini stuck to his whiskey.

What followed next were Tatter Chicken cakes. Sizzled Potato cakes topped with tossed glazed chicken. We were full yet we went ahead and had those like gluttons. The food was amazing here!

Right after that we were off again to Elephant & Co to spend our last evening there. We knew there were more places to explore but with 72 hours almost getting over we wanted to enjoy the last bit of familiarity.

It was Diwali evening, so it was awesome to see Pune folks hanging out in their traditional attire post Poojas and ceremonies, again no one batted an eyelid there. From working professionals to an all women table to a family, all were chilling out.

I remember Aanchal saying something when she looked around.  She said It felt empowering to see women smoking, and not because it was cool but because they can too without judgement or being branded as something else.

What she said was true. Leaving the cigarettes are bad for health and all that stuff aside, it was good to see women being themselves, to smoke and not be stared at while men have been doing it for years..

I ordered a White Wine Sangrea after the usual Red Wine one and this was even more delicious. I was like gosh are we leaving already tomorrow morning??

We were so tired and sleepy eyed but we hung on till midnight at that place just to be in it, to be there, we would go back to Hyderabad and that’s something none of us were looking forward to.

After a few hours, 3 bleary eyed people were on an early 5.50 am train to Hyderabad. Aanchal was coming back with us to spend a few days with her folks.

As I was finishing up with the book in hand (The Sellout by Paul Beatty recommended by a dear friend Kamakshi, it’s brilliant!), I thought about the whirlwind trip to Pune and back. It looked like a hectic 72 hours and yet not.

I know that what I saw was a teeny tiny slice of that beautiful city. There was so much to explore, so much to wander and get lost to and so much to savor.

Srini was right, this city had some magic, in it’s people, in it’s flavours, in it’s Marathiness. It had a perfect blend of the local with the changing cosmopolitan culture. There was everything for everyone to enjoy.

Now the question was  When Again? 🙂 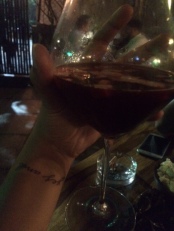 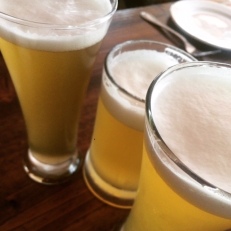 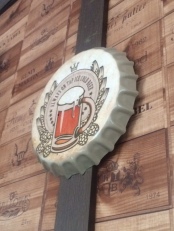 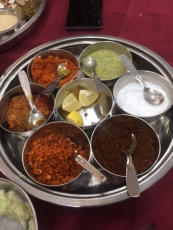 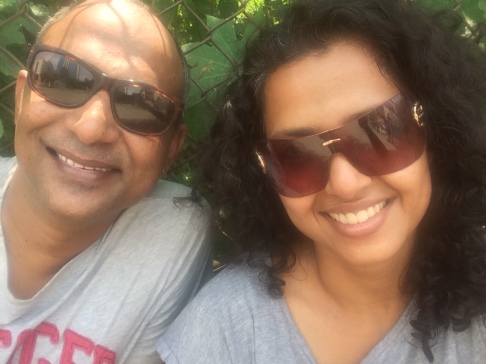 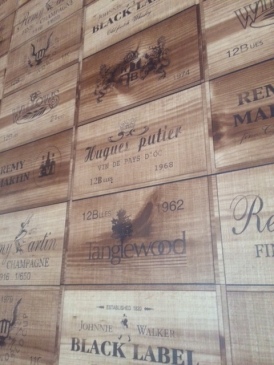 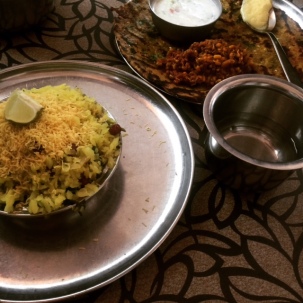 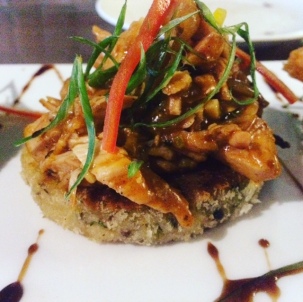 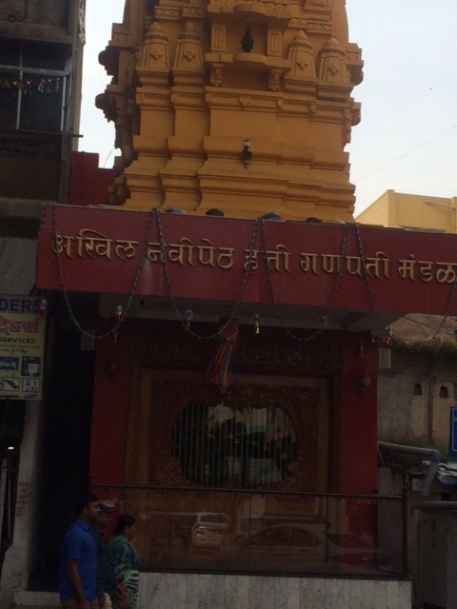 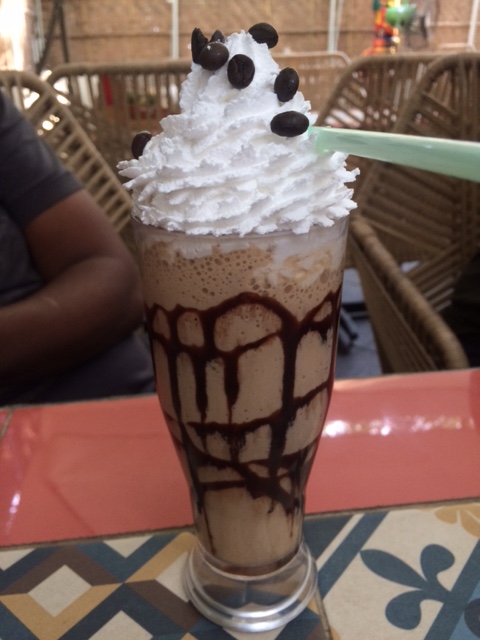 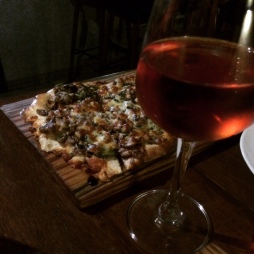 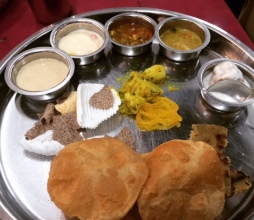 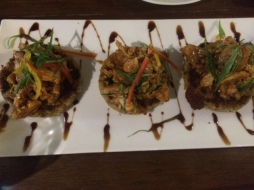 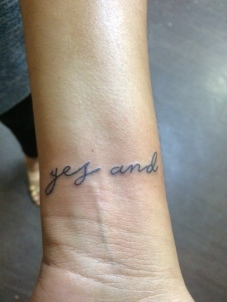 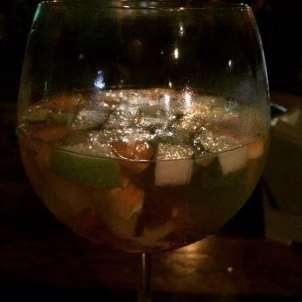 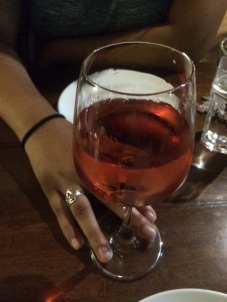