It was time to head back. We would be trekking 11 kms back to the first campsite – Puani Garaat.

It became a routine for us to take down our tents, take out our sleeping bags and keep it at a place and our backpacks out. One thing I must say, not even once the team started off late nor any one person delayed the rest.

All of us would always be ahead of schedule. No last minute runs to attend calls of nature, nothing.

If it was 8 am, everyone would be ready by 7.45 am and set to go and it was such a blessing. And to think of it, most of them were first time trekkers and the way they adhered to timings was commendable.

Why am I stressing this? Because knowing how unpredictable are the Himalayas in terms of weather it was always important to be on time and this group knew the value of it.

We started our walk and we looked back longingly at the mountains.. The snow landscapes, the entire valley, I felt that usual tinge of pain in my heart, like am leaving something behind and it’s true, one does leave a piece of their heart forever..

I was getting emotional and overwhelmed, I tried consoling myself saying my journey has not yet ended, I have a second leg to go with an awesome friend, so much to look forward to, why am I tearing up? Yet the heart doesn’t understand does it? And Ashish rightly said at that time, he could stay here for some more days if it was possible..

We had a lovely walk back, very pleasant, each one was relaxed, everyone slows down sub consciously, eases up and this was such a wonderful group right from the start, I was gonna miss them all terribly. It was a bitter sweet feeling, we had another day yet it was the beginning of the end..

I remember we stopped at a point and took a break, I slid down and relaxed with my feet out on the edge, Vidya joined me, then Ashish, Semal, Saish, Tejas, Tanmay, Chetan, Karthik, Raghu and we all ended up taking this pic! For me that’s one of the most special moments. We were such a happy bunch I tell you.

The sun was pleasant and we were chatting, relaxing and looking out at the mountains.. Those beautiful snow filled mountains, the trees, the beautiful birch tree which Jyotsinghji showed us- where the bark was used for writing all the great epics.. It was perfect.

And as we reached the beautiful green meadows, I saw an incredibly handsome Bhutiya! I mean seriously handsome dog, the most stunning one ever! I spontaneously went towards this guy and he takes out his paw and places it on me. I was so touched. He was just adorable! Kalu was his name.

This handsome bugger had a collar filled with the sharpest metal spikes ever. The Dhaba guy told that this was to prevent the leopard from catching him by the neck. Dogs were the easiest prey for the leopards, always. They were careful about not hunting livestock but dogs were easier.

The pahadi boys were playing cricket and promptly teams were made! Kadambari and Shweta were made captains and teams got divided. Vidya and I decided to sit and be the audience while Saish regaled us with his commentary and in between he got a chance to play and get out too 🙂

I remember we were laughing out loud with Saish’s running commentary and Tejas adding his retorts, it was hilarious!

A whole hour was devoted to playing high altitude cricket, Jyotsinghji was repeatedly telling Tanmay we got to go but this guy was so chilled out, he said Arre time hai, pahunch jayenge araam se!( We have time, we will reach the campsite)

As we descended further down we reached Osla, the old Himalayan village. It was like we were in another time zone. Beautiful homes, traditional wooden ones and  stunning people.

Tanmay started distributing the medicines we had. Women and men had the same ailments. Arthritis, cough, fever, what could one do except give them some temporary relief.

He got out his medical kit and examined some of them. It was heartbreaking. I felt guilty just clicking pictures of them and the place, I felt it was like an exploitation seriously.. I mean no medical facilities, no electricity, nothing, how could we just keep quiet like that..

The kids were so stunning,I felt sad,really sad watching them with this deep conflict in my heart.They were so innocent and removed from the vices of modern civilization yet they were paying a price for it too, mortality rate was low.. Is that good or bad?

The Mukhiya of the village was Savitri and as she told about her village, she explained their helplessness, it was too much for me to take it in. I saw a young barely 16 year old stunning girl with her two children and could only just hope and pray for all of them.

We slowly made our way down towards our campsite, the mountains were behind, that valley, that raw landscape, we were coming closer to the campsite and villages. Each one was slowing down, taking time, taking breaths, looking back at what we left. For me everything seemed different and this happens every time.

We come back with a new perspective, a new thought process we are not yet aware of and it is true, the Mountains are in us and we carry it with us lifelong.

Puani Garaat seemed so different to me now, like a shift had happened inside me. The same water that seemed so cold to us when we first camped now seemed normal and pleasant after Har ki Dun. How beautiful that is, isn’t it?

Bindu led us to an awesome Yoga session with Arun making sure we stretched and flexed like rubber!

Tanmay didn’t want any of us to retire early as this would be our last camping night before we head to Sankri tomorrow. Vidya was running a fever and I didn’t want to leave her alone, so right after dinner, I gave her company.

The others were also tired by now and were retiring early. And it was a beautiful pleasant night with the Bhutiya (mountain sheep dog) and his companion keeping guard. These two walked with us all the way from Har ki Dun valley.

One last day to go.. 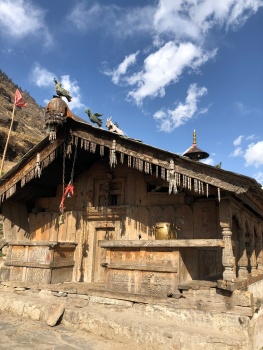 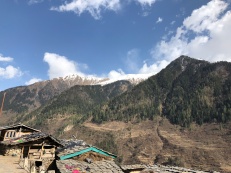 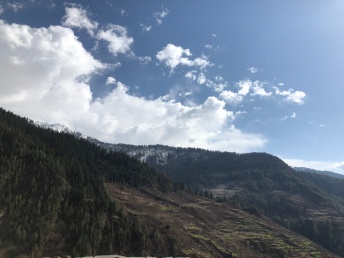 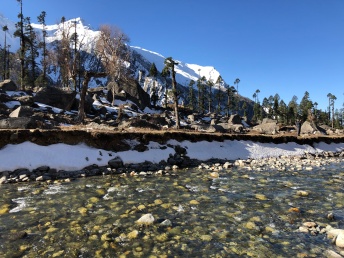 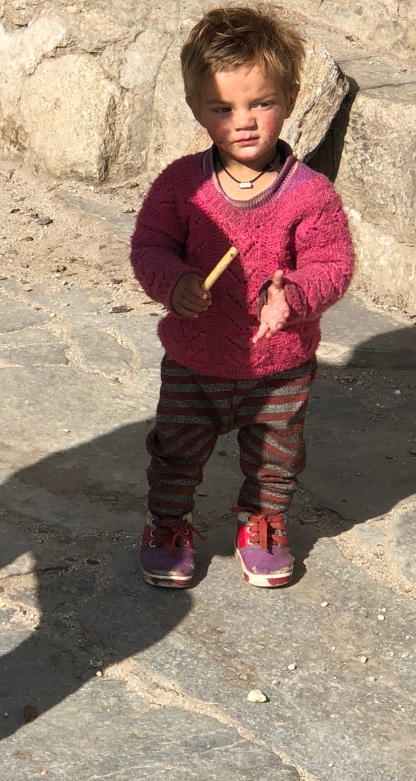 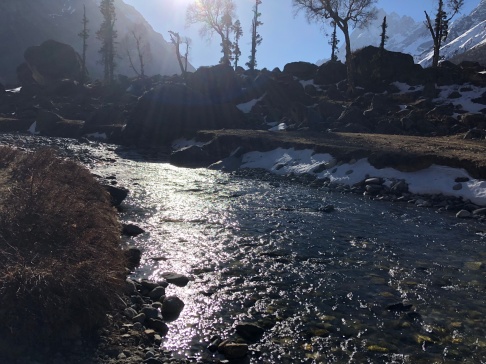 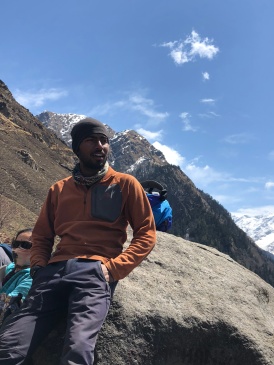 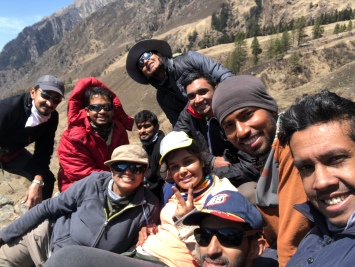 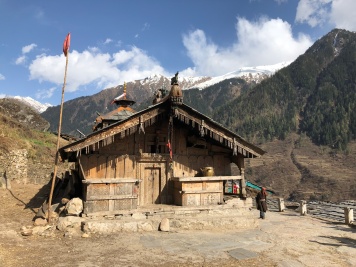