Here we were looking out at the heavy rains and having no clue what to do. But first we wanted some hot chai and as the friendly caretaker got us chai, we told him to sit down with us.

He was from here and from what little we saw of him since yesterday, he was honest and forthright and who else better than him to ask about this?

One answer from him? Don’t go today. If it was pounding here in Simla it meant worse up there. There was only one road that would lead towards Spiti, rains meant road blocks, landslides and more.

He sanely advised us to not get carried away by cab guys promising  to take us to our destination at a price and then leave us stranded which was true. Anyways the point was to travel by public transport so we looked at each other and said Yup we will stay  back today and we had a whole day of checking out bus routes for tomorrow and exploring Simla. It was meant to be.

But before that was breakfast and it was an odd one at that because we had to eat at the owner’s house and not really in a good way. Oh for weird experiences! 😊

After eating the first of many Alu Parathas we would have on our journey, we got out of the room to get to the bus stand. It was going to be a walk up there but luckily we got a lift by the owner’s wife who had a perpetually harassed look. She was going out so her husband told her to drop us up to the main road.

Bhim and I changed our destination once we saw the schedule of the bus timings. Why Narkanda? Instead we would go to Reckong Peo, a place not many tourists go to. It’s nearby neighbour Kalpa was the one always frequented because of the Kinnaur Kailash mountains view and Monastery. We would reach Reckong Peo first and figure it out. All we had to do was to land up at the bus stand at 5.30 am tomorrow.

Once that was clear we took in the sights of Simla. The weather was beautiful now. It was almost noon and we walked up to the famous Mall Road where one could see how Simla truly was in the colonial times.

We took a bus ride and then a long uphill walk and there it was, the beautiful Mall Road and it seemed like we were back in time. It stopped raining and we sat in one of the benches and took it all in. It was crowded for it was a Saturday but one could find a quiet spot.

We stopped at the historic and simple Indian Coffee house for some coffee and snacks and hung out. It was also our Prime Minister Narendra Modi’s favourite place. He has been visiting this coffee house for decades. It was lovely soaking in the ambience. The menu board was set during the British Raj era. Our aim was truly aimless, just lingering around. In a way we felt happy we got an opportunity to spend a day here.

We made our way and stopped at a cafe, Cafe Simla times and right away ordered chilled beer. For all our pact of not drinking Beer once we reach the ‘mountains’ 😊

We sat outdoors getting a fantastic view of Simla and discussed our options of travel through Spiti. At one point we even thought of doing a little bit of Spiti and a little bit of Kasol and trekking to Malana village but by evening that went out of the window, it would be only Spiti.

Our plans were changing every minute with every sip of our beers but that was the crazy part in both me and my friend Bhim, we loved the unpredictability of it. And we would continue to do it every single day.

Post Beers we walked into one of the oldest cafes of Simla, lured by the promise of the best Apple Crumble Almond Pie! Run by an elegant polished older gentleman and his wife, we chatted with him sipping on cold coffees( the best!) and yes out of this world Apple crumble Almond Pie with ice cream.

Thanking him for his time we got out and spent some time at the Old rare books store and walked back to our room with help from the caretaker who gave us directions on the phone through a beautiful route back.

Just like that we had spent a whole day in Simla and we saw the magical sunset on our walk back. How blessed we were. To be in it, to enjoy this moment. Not even for a second did we feel we lost out a day on getting to Spiti. It was one amazing day and it was going to be even more amazing later.

We reached our building and saw the caretaker and I started chatting up with him. The parking area below had a view of Simla so I sat there with him. As Bhim briefly went up to the room, the guy spoke about his family, showed me his house and he said he couldn’t imagine moving anywhere out of Simla. And this is something I have heard from anyone from the mountains, why would they want to leave the purity of the mountains that gave them so much..

And then it happened, an older white couple joined in, I said my hellos and we started talking. Bhim joined in and what followed after that was an amazing 3 hour conversation with them.

The couple were from Belgium and they travelled a lot. The gentleman was so well versed with Hindustani music, it was unbelievable. He mentioned the first time he heard the ‘Sitar’ by Ravi Shankar he was 10 years old and it changed his life. He was interested in Indian Philosophy, the scriptures.

It was also about second chances. The couple having had children from previous marriages were now a big  family with seven children between them and two grandchildren and a third grandchild due. How wonderful that was.

I remember having a deeply emotional conversation with the lady as we shared our deepest personal lives, hope and pain in those few hours, holding hands and that connection was so real.

Woman to woman, neither age nor race nor country nor culture mattered. It was all the same. The challenges of having to leave a failed marriage and face a hard society as a woman with children or to be a single woman and lead life on your terms or to just live the way you want to, it was the same everywhere.

The pain and stress of taking care of a son physically handicapped since birth was heart breaking and I saw this wonderful lady taking it with a smile, understanding her strengths and weaknesses. It takes a lot to be courageous and vulnerable at the same time.

I don’t know how time passed by as four of us got lost in our conversations. We walked in at sunset and here we were in the parking area, talking way past 10.30 pm. The beautiful thing about all this was we didn’t know each other’s names and knew we would never meet each other again.

That’s what travel does, it connects it bonds and just like a train, some passengers get down at their chosen station, while the others move on to the next one.

The couple were going to Ladakh after a few days and the lady said ‘Since we are never going to meet again, I want a picture of all of us to remember this moment.’ And so it was.

We bid goodnight to the awesome couple and looked at each other. What an evening! 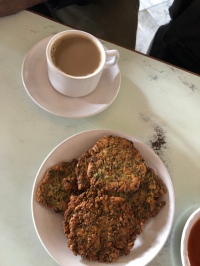 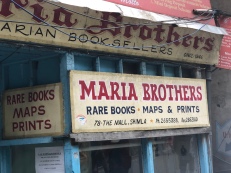 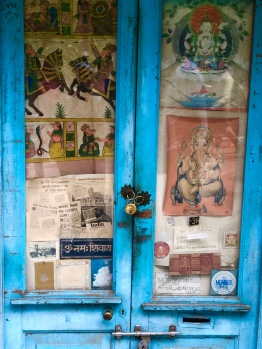 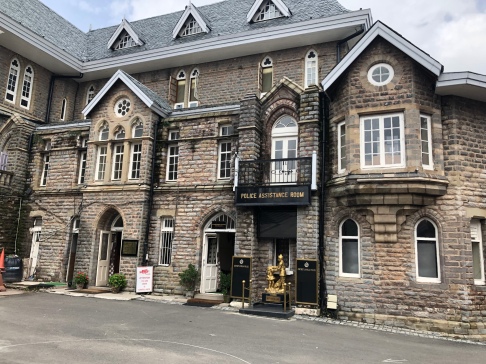 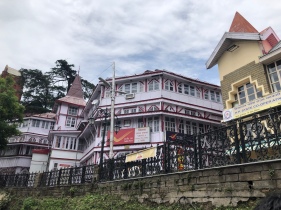 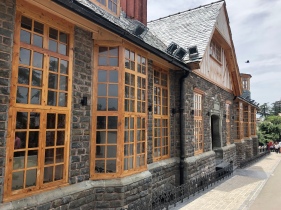 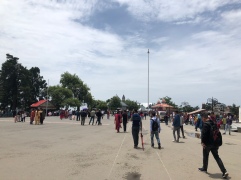