We had started from the hostel hoping for an auto to come by but at 7 in the morning Old Manali was quiet and still.

We started walking crossing a nature park. We saw beautiful fur puppies with their mom playing around. Old Manali was beautiful. We finally got a lift in the car and he dropped us to the bus stand.

We had breakfast of omelette, bread and Chai. The driver was in no hurry. Though the timings said 8.30 we did not see anyone getting into it. This bus was actually a mini bus with not more than 12-14 seats. We had plenty of space to keep our backpacks and off we went.

We passed old colonial buildings,the first stop would be Kullu, then Mandi and finally Dharamsala. The conductor changed hands in Kullu. The driver was pleasant and playing old Hindi songs. We drifted off to sleep. We had a seat of our own and people were getting in and out, very few of them actually. The journey was pleasant.

We reached Mandi and I was half asleep when suddenly the whole bus shook. The driving was rash, sudden, turning in violently, I woke up with a jolt. What the hell happened??!

The drivers changed in Mandi and this crazy fucked up new guy was driving like a madman. Absolutely erratic with his driving. At hairpin bends, he would overtake vehicles, honk crankily at any vehicle, be that a bike or a car or even at pedestrians. We had to face the worst driver exiting Manali, didn’t we?

None of the rides made us sick as this one. Our stomachs were churning, nausea, headache. Let’s say he was totally raping the bus! The route was actually pretty good, scenic  landscapes but we couldn’t enjoy it one bit thanks to the crazy as shit driver.

This man was bent on picking up a fight with anyone on the road. He would speed up to the vehicle in front of him, then neither overtake or go slow, just ride beside them and then give that ‘menacing look’ to anyone who dared to ride beside/behind/front of him. He was a psychopath of the first order.

After a break where we had the worst lunch ever, he continued his shenanigans. Bhim sitting behind him wanted to whack that guy, he made us that pissed off. He even picked up a fight with the conductor. Who let him be free and out in the open in society, forget driving!

What else could one do in this situation? We held onto the front seat tight in front of us. Bhim and I started a game called ‘ Will he, won’t he?’ We would see if any vehicle he passed by, will he give them ‘the look’, will he honk or not and which vehicle is his next target! We kept a running commentary going on while he continued his craziness!

After some time, we were the only two people in the mini bus besides the psycho and the conductor and right outskirts of Dharamsala, we had an accident. There was a bus letting off passengers and other vehicles were patiently waiting behind but not this psycho, he overtook the vehicles and cut them and right then WHAM! He hit the car on the side. People got out, the car was dented badly and so was the mini bus.

Can I tell you honestly how happy Bhim and I felt when they cornered this psycho? If it was in any city, people would have beaten him to pulp. Luckily for that screwball, a woman in the car intervened. The conductor quietly moved aside, called his supervisor and complained on the driver and the damage done to the car and the mini bus.

You would think with this, the man would slow down a bit but no way! By that time we were done, we had enough. We took out our backpacks, scrammed and got a taxi to Mcleodganj. It was just 3 kms away.

We had enough of long rides, buses and now a psycho! Now when I think of it, we started our trip with a psycho driver Gurmeet Singh from Chandigarh and we had to end this sojourn with this idiot, It was a full circle!

We reached the hotel leaving all the unpleasantness behind having Kashmiri Kawha Tea- A saffron based aromatic tea. We freshened up to go to the chowk(centre) and of course meet my friend Vishal.

Vishal ran a popular Samosa Chai shop near Dalai Lama Temple and I befriended him when I went to Mcleodganj after Roopkund trek in September 2017. He took me to Guna Devi temple that time. Whole day we trekked, walked, sat near Dal lake and laughed our heart out. I was regularly in touch with him.

I already told Vishal in advance that I would be  there so he was expecting us. We walked towards the shop and there he was with that big smile. Vishal is a rarity in today’s world. Simple, straight forward, very polite and very emotional. He thought with his heart and believed in the goodness of every person.

We chatted with him and caught up on each other’s lives as he and his Bhaiya(big brother) made us Samosa Chaat, Aloo Tikki Chaat and hot Chai. This was something we were craving like crazy. Bhim went into raptures!

We sat there for a good couple of hours continuously eating and talking. It was time to go to the temple so saying bye to Vishal for now with the promise of meeting him in the morning, we left.

The temple was how I saw it in 2017. Calm and serene with the monks carrying on their evening debates passionately with hand gestures and clapping. Bhim was taking it all in and enjoying every bit of it.

We went to the main altar and I sat and meditated for some time while Bhim went down to the monks. He noticed there were others like him discussing with the monks. So he said he wanted to do the same.

He had questions, so I told him to catch hold of a monk and ask. They were very open to it. The few monks he met could speak only Tibetan until he found a monk who introduced him to someone from Bihar. He was not a monk but seemed to be an insider and follower of Buddhism.

So Bhim and the guy continued their discussion. An intense one at that, on the concept of the self. Who are you? Who am I? If I divide the self into different parts am I still the same? Am I still that person? It went intense until the sound of the gong. The temple was closing and all of us had to leave. Thanking the guy we made our way out.

We were full with the chaat, we were done as far as dinner was concerned so we went to a quiet place that had beer. We chatted, laughed as to how crazy the ride was today.

Bhim said, I am done with buses for this trip!!It was true, we were exhausted big time. We wouldn’t know it now as we were on an adrenalin rush but once we got to our respective homes, we would feel the effect of the trip, physical, mental and emotional.

It was time to call it a night. We had a beautiful view of Mcleodganj from the room balcony.. There were two more nights to go. 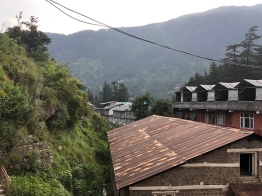 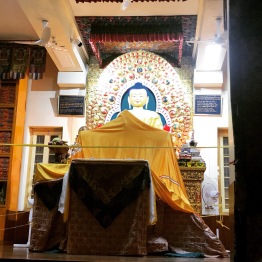 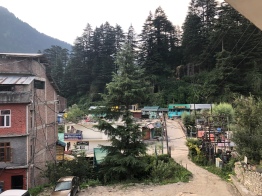 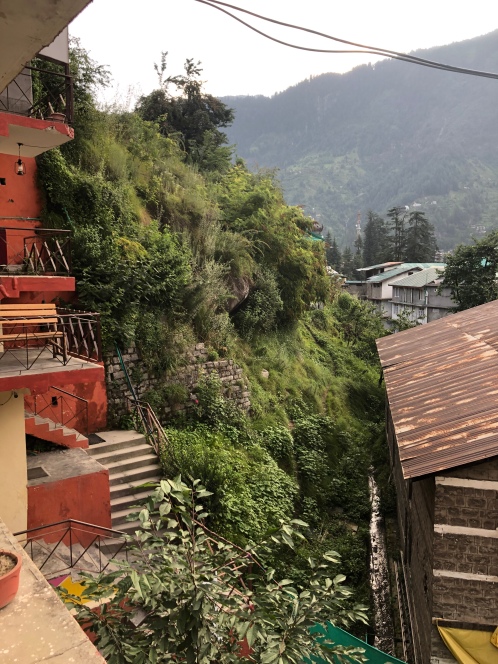 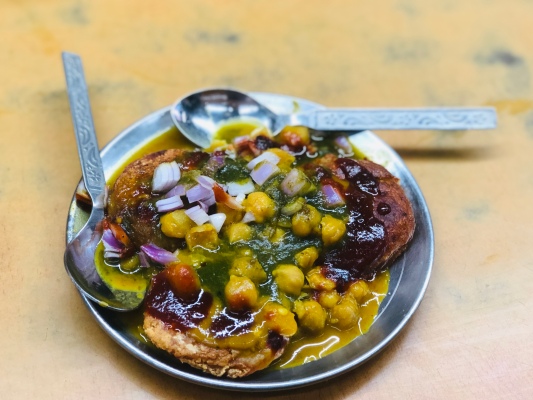 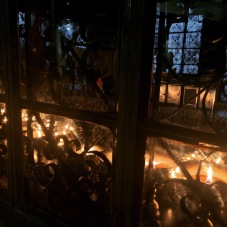 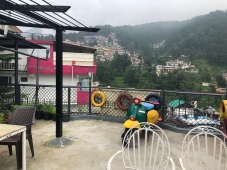 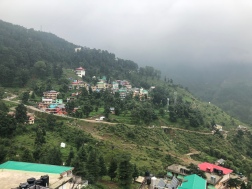 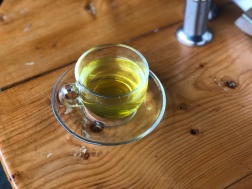 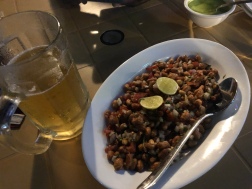 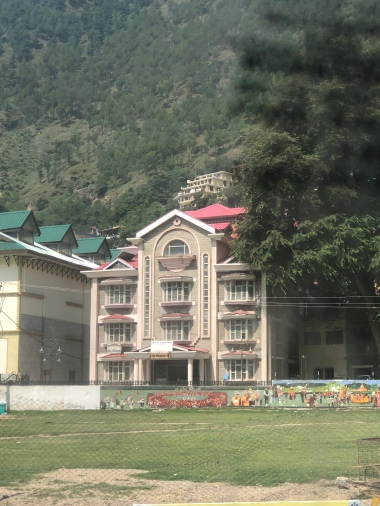 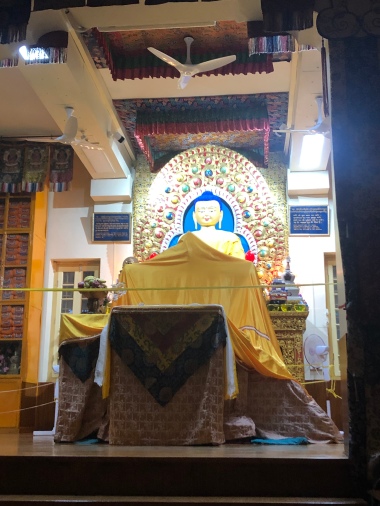