That evening my friend decided to rest up and sleep till dinner time. I was not even remotely sleepy . So I came down to the outdoors seating area. In the morning on our way to Diskit itself, we decided to have some beer in the evening. And Beer is awesome to have when it’s cold weather 🙂

As the photographer friend was busy arranging it, the other older guys wanted to join in. Initially I didn’t want to join the whole group but I wanted to keep my prejudice aside and thought,what the hell am I doing? Just because I don’t agree with their views,doesn’t mean I can’t spend some time with them and yes Beer helps to ease out that part a bit 🙂

The moment we started drinking, off went one guy on me like a rocket. So why Monastries?? You are a Buddhist? Do you follow Buddhism?? Usme kya hai ? (What’s in there??) You are half Hindu & half Christian so why this? There was disapproval in his eyes as he said this.

And believe me I couldn’t answer anything, not even let out a word because he went off at a tangent immediately. I started clearing my throat and another barrage of words followed,Why are you coughing?? You say you practice Yoga?? If you did Yoga properly, you wouldn’t cough! Do you know Pranayam? I know Pranayam! I do Pranayam! and on and on and on 🙂

You have two choices then and there, either you retort back or you ignore. I chose the latter because really it’s not worth it to talk to people who don’t listen and even if they do,it’s only to react back. Did my peace get disturbed? Nope. Because by then I got into a zone that’s called Blank Zone. Yup I just smiled vaguely.

Luckily the other man was more sensible and diverted this barrage to talking about the various trekking expeditions he did all these years. He was an encyclopedia on History, General Knowledge, World Politics, Science. It turned out to be a very interesting session from then on. Yup, this man loved to share information and loved people listening to him but at least where he came from was from a place of knowledge and experience.

The next day we set out to Pangong Tso Lake. The drive was not that far like the previous days. We were passing through Khalsar Village.

As we kept on driving up, we had to slow down quite a bit as there were lots of army trucks and jawans were being offloaded from it. There was a carnival like atmosphere .Then we found out that all of them were going to their home towns from their postings briefly.

What a feeling it was seeing them!  Bright smiles, that smile that can only come because you are going to meet your folks, your family, your loved ones, friends and seeing your home town after a really long time!

As we were driving slowly, I looked outside and I saw a young Sardarji from the army taking his rucksack and laughing and talking, then suddenly he looked me, it lasted for some seconds and he gave me the most beautiful smile! I grinned, smiled big and waved  to him as he waved back too. It was an awesome feeling and one of those moments I will cherish dearly.

We were approaching Pangong Tso. But first let me tell you about Pangong Tso. It is one of the largest lakes with at an altitude of almost 15,000 feet and is 134 kilometers long extending from India and China. China has the larger share of the lake especially after the Indo China war of 1962. Some of it is in the disputed borders of India and China.

Now the touristy part. Whether one likes it or not, our Indian Film Industry has given it’s share of publicity to locations that were hitherto unknown. Pangong Tso became famous primarily because 3 idiots, the hindi film was shot here. Yup the last scene where all the friends meet at last.

So my friend actually warned me that the moment we are near the lake, it will be like Juhu Chowpatty except that this is Pangong Tso Chowpatty! He was totally right! Every cafe/restaurant  had various posters, pictures of 3 idiots next to each other. Where was the peaceful side? Too many people! All Indians.

We had to stop there for lunch. Luckily we would be able to get away from all this hullaballoo as our camping tent accommodation was far from all this noise and nope 3 idiots was not shot at this location.

7 kilometers more and we reached the spot where the movie was shot. It was truly a beautiful spot. People were there but the vastness of it made everything go into oblivion. It was cold. But this was way better than Tso Moriri in terms of temperature. It was raining on and off and I could see the colors of the lake!

Pangong Tso is magnificent, vast, ethereal,I can go on and on and still not do justice to it. It was truly spectacular. I clicked so many pictures of this lake and  I knew it still wouldn’t be enough.

Our Camping tent accommodations seemed like a Village by itself because there was so many other camping places. When I walked into the tent, I had no expectations. That one night of camping took away my fussiness and complaints in one go. But this was one was luxury! Beautiful attached bathroom and shower, Plush bed with blankets, I mean everything was awesome and it had a lovely sit out where we had the view of the lake.

We knew we had to get beers now! So off we went to a tiny place, my friend was here before and he knew exactly where he could get it from. That was the first time I tasted GodFather Beer – a local one! Kept it in my bag and started walking towards the lake.

Me and my friend just kept on walking for hours until there was just silence and no one around and when we looked back, we left everything there behind. There was nothing like time anymore here. We walked, we sat in silence and watched the magic unfold as the beautiful Pangong Tso put on a performance. The colours, the brush with light and shade, the mountains, the waters. You could gaze endlessly.

I was deeply content and calm. I was blank. No thoughts of past or future. Just blank. As tears were rolling in my eyes, I wasn’t feeling any emotion. It was neutral, It was there and it is.

I made my friend listen to Queen, yup the all time awesome British Band lead by the legendary Freddie Mercury. I played , ‘These are the days of our lives’.It felt like it was the right moment to listen to this.

As we walked back in the dark in total silence, I knew I had changed. Something major in me shifted. I thought about the people I loved and who loved me. I was so lucky. Compassion, being compassionate. That was ringing and these were not just words. I was definitely not the same person that I was when I first stepped into Ladakh.

The anger, the injustice of life, it’s problems, the world everything just vanished.There was no sorrow in my heart, no longing for something I never had, I was happy, really happy that I had myself, my people with me.

We sat down with GodFather beer – which was really one of the best beers I have tasted. Seriously! Strong and heady. We were drinking at the sit out, nicely high and buzzed and we kept on delaying the dinner call by the camping guys until we were the last ones to eat and crash for the night.

Epiphany..Yup that’s what happened to me. 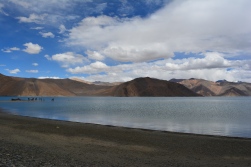 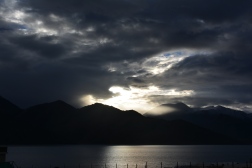 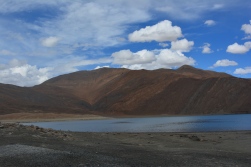 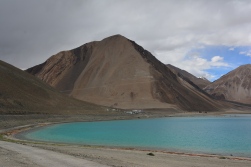 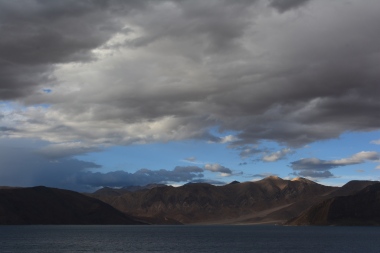 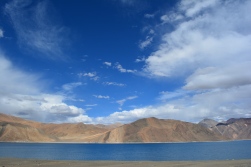 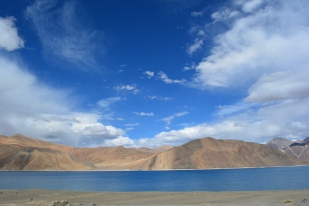 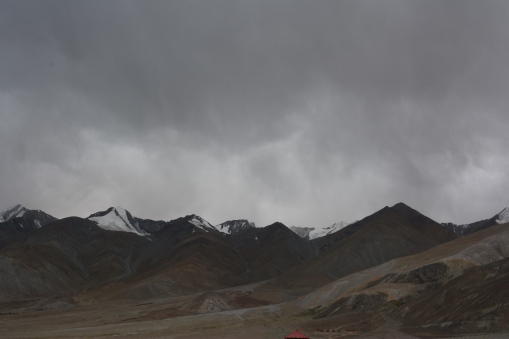 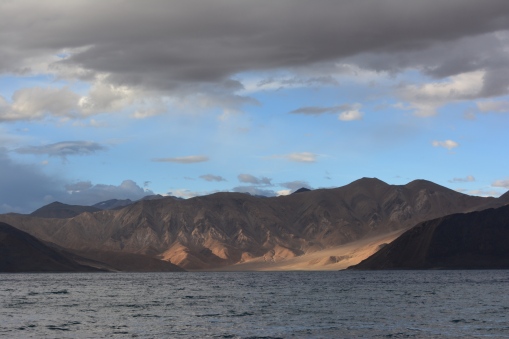 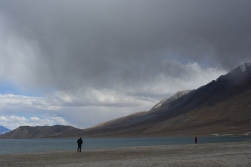 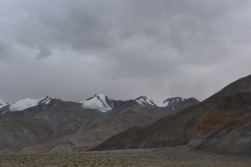 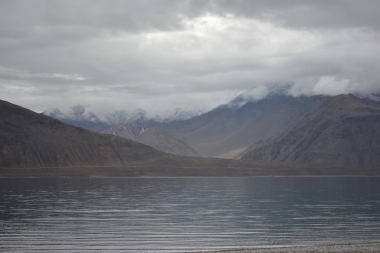 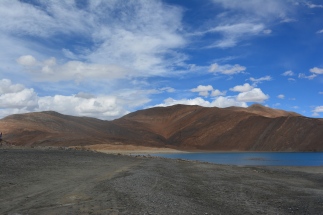 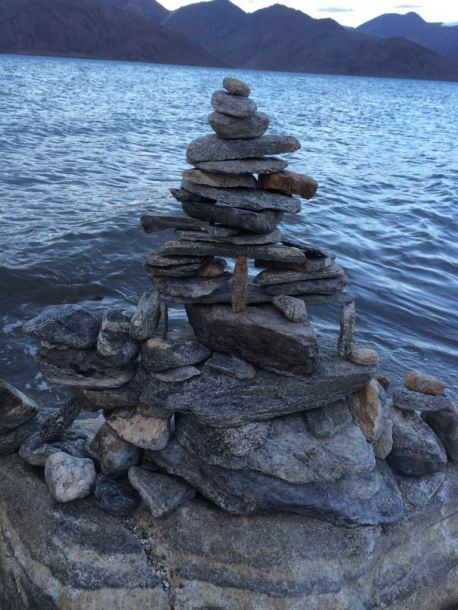 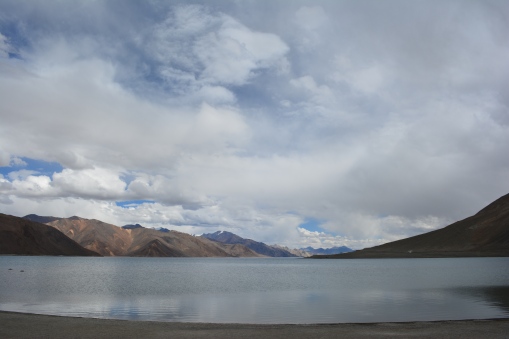 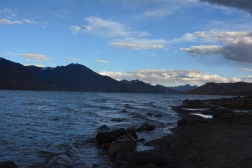 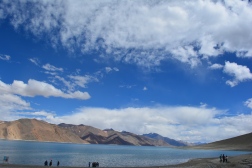 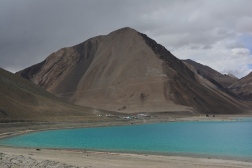 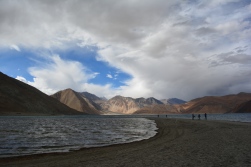 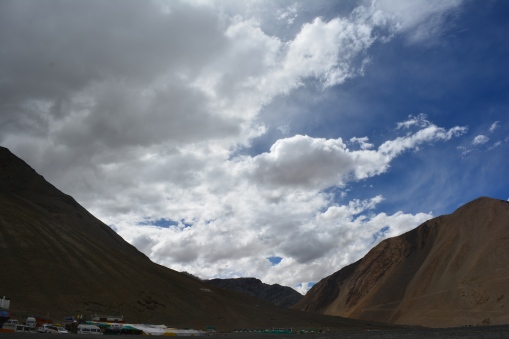