You would think that after experiencing Pangong Tso- there cannot be anything more beautiful than this and nothing else can surprise and shake you anymore.

This beauty, this silent soft beauty had everything and nothing. Yes I am talking about Hanle and people won’t even mention this place when they talk about Ladakh.

In the morning we set out to Hanle – again no clue, in fact most of the group members had no clue about this place either. If I thought Turtuk was not at all touristy, then this was at it’s most basic and it would appeal only to very few. If ‘tourists’ were to come, their first reaction would be there is nothing! But.. Oh no.. this place had everything and so much more..

The drive to Hanle was a long grueling hard 7 hours. Rough, really rough roads for at least 3-4 hours. I went back to the back row and now and then my friend and I exchanged that back row.

Both of us were feeling disassociated with the cackle and noise. And no it’s not a complaint at all. The group’s journey was different clicking pictures, shouting, differing ,all this is part of being in a group. We were withdrawing. After the monastery visit and what all we experienced so far, we were craving for silence.

We were approaching the last border of India where we made a pit stop. It was Chushul village and the next village was 45 kilometers away called Saga Village – Saga Pass. We stopped at the small shack at Chushul as we took in the surroundings. So raw, so remote, so isolated in every possible way.

There was also this thought coming up, like do they even have electricity? Schools?Medical facilities. The people were robust as mountain people usually are. Content and smiling. This was overwhelming me totally. This was the last outpost of India.China was nearby..

As we were having our Chai, me and my friend were chatting with Sonam – our calm patient driver and he was having the usual hot Maggi noodles and I was so tempted to ask if I could taste it! Promptly my friend requested him if we can taste and smilingly he shared it with us. It was so Yummy!!

The simple delicious Rice and Rajma lunch made me understand how much we take our food and the people around us every day for granted. We need varieties, we get bored, we want something new every time. I was thinking of my mom’s food and how much I miss her and I can never get to eat that again.

We were now getting close to China Occupied Tibet and there was the Indo Tibetan Border Police who checked our Original ID cards. This was a first for us. The travel agent mentioned it to us earlier to be ready with the originals. This was a highly sensitive region. We were passing Loma.

Finally we reached Hanle. Trying to find our way to the home stay. It was beautiful beyond words. We were actually in a small village, no sight of tourists of any kind. And truly we were in another world. This was beyond being far away. I felt like I was melting into this region. It was so quiet, so unobtrusive.

As we were approaching, we saw on a mountain – the huge Indian Astronomical Observatory.

We came inside the Home stay and a lady came to receive us and I was instantly dazzled by her. Strong woman inside out, very direct and frank, open to asking questions and just by looking at her I knew she was taking care of everything there. The name of the home stay was her’s. She was directing, guiding giving instructions. She had a powerful personality. I loved her!

Once we were given our accommodation amidst a lot of misunderstanding and the rude behavior of the agent towards my friend, we just let it go, it was not worth it. The only time I retorted back was when the agent was discussing dinner with the lady.

And it’s not about being a feminist or protesting or anything. This man – our agent who seemed to live life tightly within a box and rules and didn’t like it if any one crossed it was getting on to my nerves. The way he said it is what irritated me.

We made a visit to the Indian Observatory. It was massive and one clearly knew this was not a civilian area at all. We had a small tour inside and we could totally understand the sensitivity and nature of the situation. China Occupied Tibet was quite close.

On our way back, we stopped to see magnificence, utter magnificence. Just somewhere far and above and it felt like it was nearby and this sheer magic happening.

The Clouds were really low and it actually felt like it was hanging and getting pulled towards the earth. That entire space looked spectacular! Omg! What was this? Ladakh you are making me go mad! Just mad! We stood for a really long time,gazing, gaping and wondering how can you take a pic of something like that?? Yes I did take some pics but really.. you know the answer..

As me and my friend went off on our routine walks, exploring the village we met a nice young man. His name was Guyolsan, he was the local teacher for the school. He was from Leh and got posted here 2 years ago. What followed next was one of the most interesting philosophical discussions on Buddhism. The essence of it, what he felt and how it is relevant in his life. It was fantastic.

What struck me the most was how open he was,the influence that Dalai Lama had and younger people could connect with the religion,with the teachings because that’s what this great man of our times was doing. To remove superstition, to remove blind faith, to replace it with logic, reasoning so generations ahead could connect.

When we came back for dinner, we met some guys. One was from Chennai who had come with another friend from Kochi, Kerala and a biker from Kannur, Kerala.

We had a lovely session during dinner and post that as we spoke of travel, generation gap, living in the moment. And just like that I asked one of them,How is Dharamshala? The biker from Kannur said it’s beautiful. He was backpacking since last year and he came via Kulu, Himachal Pradesh, Dharamshala and now Ladakh. My friend had been there too and he said the same. It sounded enchanting..

The other two guys were pondering on what to do next, where to travel from Hanle, again no plans 🙂 I promised myself that my next trip would be just that. No planning. Just reaching there and figuring it out later.

Dharamshala- I felt peaceful just hearing the name. Dharamshala, Macleodgunj… In 3 days as originally planned we would all go back to where we came from.. Dharamshala… I want to go there..

Should I take that leap and just go ? 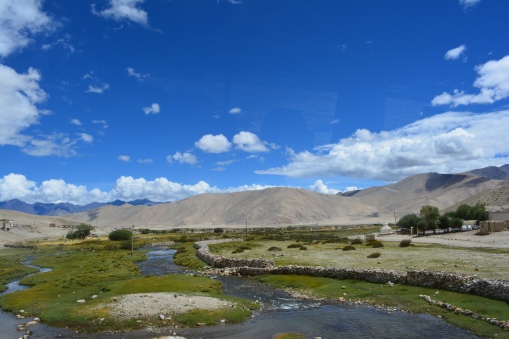 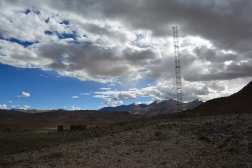 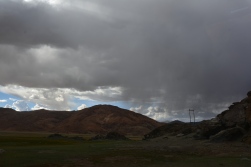 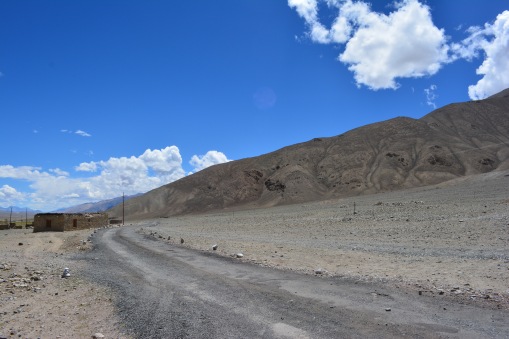 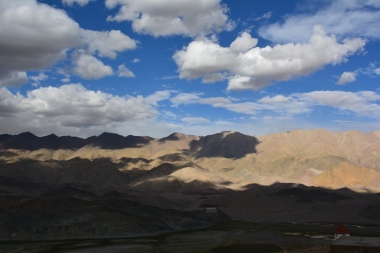 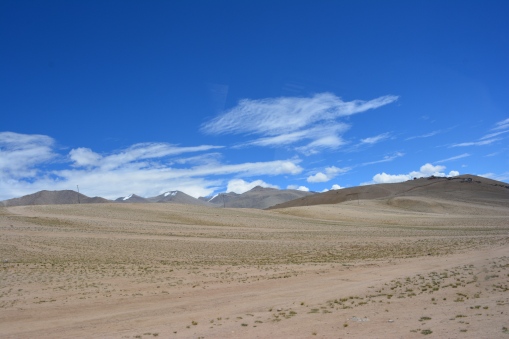 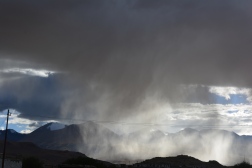 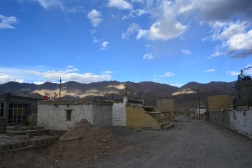 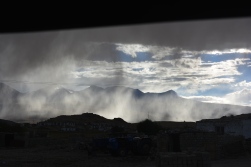 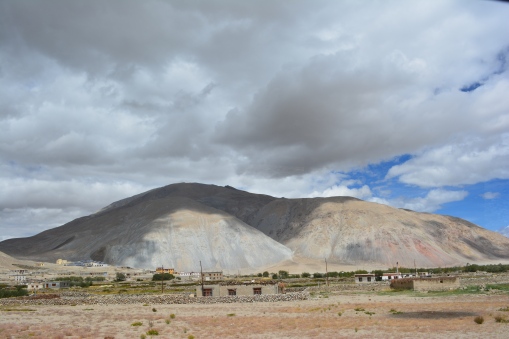 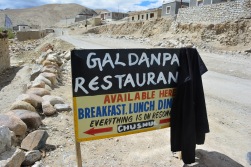 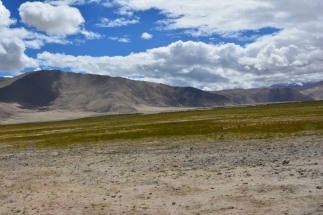 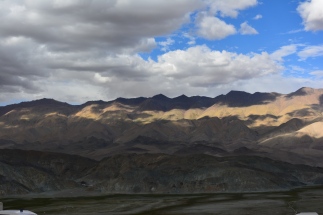 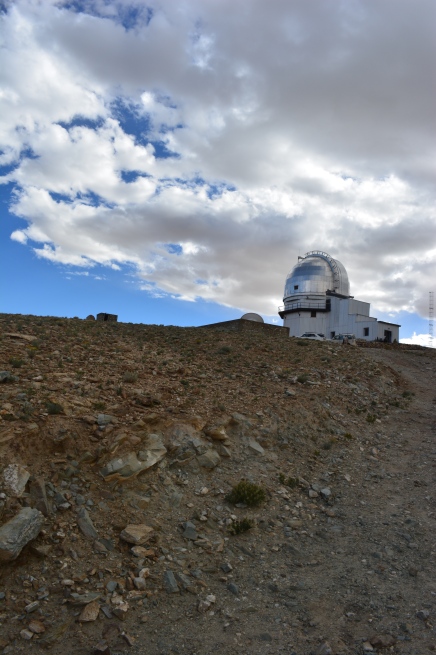 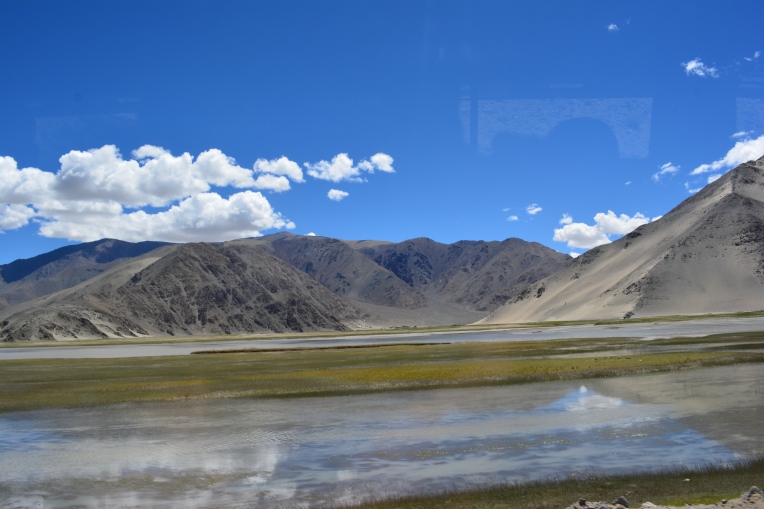