I woke up with a heavy feeling.. I was leaving soon.

My train was at 3.30 pm  to Delhi and I had to leave at least by 12 noon so I could be there on time which meant I had to leave Innisfree by 11.30 am. I was backtracking the time on my head and my voice was saying Stop it! Stop doing that and enjoy the time you have right NOW!

I had already spoken to a close friend of mine Dupinder who was living in Delhi. I would be staying with her overnight before leaving to Hyderabad.

The consolation was knowing that I had another dear friend with whom I would spend time with, so home was still far off for me.

I woke up pretty early and rushed outdoors. I was soaking in each and everything at that time.

Julia as usual gave me Chai with some cake especially brought from Nainital.

I was lucky to taste some really good home made chocolates too. And she told me about this gentleman, he was a Pujari  who made home made chocolates and never sold it. Yup. He only gave it to people, just like that. Julia got a fresh batch of chocolates from him. Such amazing people and stories.. Right?

All the dogs came out for their feeding and I was petting Kalu, the adorable gentle dog. I was going to miss all of them. Scrawny, Kalu, Mini, Blondie, Blackie, Fuchka and little Cola.

As I was petting Kalu, suddenly all the dogs ran all the way down the hill, I mean super fast! As I peered down, the dogs were trying to bully a big bull down there grazing. Just surrounding and barking and that one was lazily squatting his tail about and warning them not to come near him! It was quite amusing 🙂

That morning Julia went the whole hog and made delicious Banana Crepes. It was to die for! I have no idea how much I ate topped with Caramel sauce to boot as if my life depended on it 🙂

I was feeling bitter sweet inside, emotional inside, decided not to cry in front of them. It was like I was staying here for a very long time. What is it with human emotions and relationships? You connect with people just like that.

Julia showed me her beautiful garden which she tended to lovingly, those beautiful flowers just blooming and she gave me lots of seeds which I could plant in my garden just before monsoon. It was a precious gift.

Lat got me a Bhang ka namak which they ground in their kitchen. It was stone ground and very tasty. All this I held on close to my heart. Nothing can replace these gifts.

Deepta and Arjun came to drop me off to Almora. I was glad to see them with Cola. They had to take her to the vet for her vaccination. Arjun mentioned that when they went back home last night they saw Claws- Yes Leopard claw markings on their door. The leopard sensed there were two dogs inside their house, Food. So it was trying to make it’s way inside. The life there..

As I was putting my luggage inside the car, I saw the dogs playing with a huge bone of what seemed like that of a goat. They were all sharing it, playing with it and taking turns.  It was common to see the dogs finding bones and skulls of goats, buffaloes which the Leopards left behind. Life goes on at Hawalbagh..

As we drove back towards Almora, I truly thanked them for inviting me and making me feel so much at home. It’s to their credit too I felt so welcomed. I knew I could come back there anytime.

Arjun made us get down so we could find a shared cab to Almora, it was quite a task as the cabs were at different meeting points based on destination. Finally we found one and used the same ruse of 300 Rs front seat. My luggage was in the car as Arjun was searching for a parking space.

Finally Arjun came running towards the cab with a smile and my backpack on him and Deepta with little Cola. I can always close my eyes and photograph that memory, that sight of them that way.. What a couple..I kissed Cola all over promising I would see her soon and gave big hugs to both of them.

I can’t even begin to tell how I felt as I took the cab ride back.. Tears were rolling down my cheeks. I wore my shades and I was in the front seat. I could shed tears freely now. Maybe I am too sentimental, an emotional idiot..

Arjun and Deepta showed me so much love without them knowing it. Julia & lat welcomed me with open arms and with so much affection. Maybe this is what was missing in my life for some time. I was so caught up in doing things, being someone, an entrepreneur caught up with work that somewhere I lost touch with that tenderness.

A genuine friendship and affection, a love that need not be one dimensional, I experienced all that. Throughout this journey I was meeting people who in their own way were imprinting me deep inside.

I got down near Kathgodam railway station. It was a unique station by itself. With a fantastic view of the mountains, it had all the quaintness of a railway hill station and it was like it was in a time capsule, like frozen somewhere during British Colonial times. The Railway station was impeccably neat and well maintained.

I got in the train and there was no one in yet. Most of them would get in at Haldwani station. I had some time to myself.

Delhi and my dear friend Dupi, here I come… 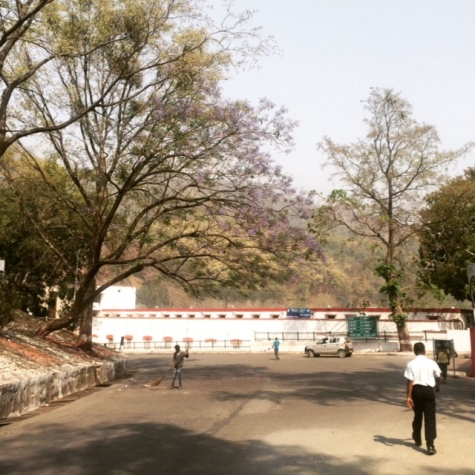 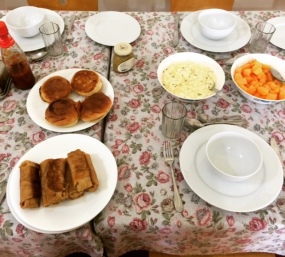 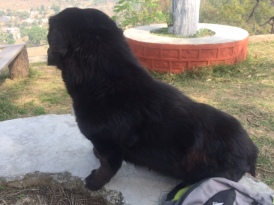 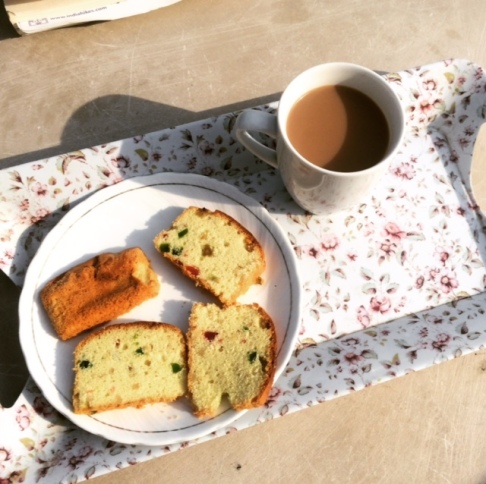 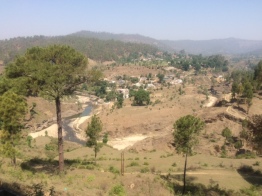