When I woke up the next day, I could hear a slight commotion outside and it was around 7 am or so.

I came out and saw everyone was up including the staff.

When I asked I came to know that they heard growls of a leopard nearby like just a while ago! This was bloody exciting for me!

All of us ran towards the edge as they said it was strange to hear Leopard sounds at this time of the day. They were typically shy animals and loathed populated areas so something must have happened!

Julia and Lat made sure to keep all their dogs inside and so did Arjun and Deepta. As we stood towards the edge of that boundary, Arjun, Harsh and the rest of the staff climbed the boundary and ran all the way down to hear those noises.

I remember how we peered at the edge and listened in and fair enough we could actually hear Leopard snarls and growls. It was freaking nearby! There were only two scenarios as they mentioned. Either it was injured or protecting it’s kill. It was hiding somewhere in those bushes down there.

And then we saw a man down below  walking that side and they all started warning him to stop.

It was sheer excitement for a city dweller like me, to actually hear those growls, those snarls, truly something was happening with that poor leopard.

After an hour or so, all of them gave up the search. Leopards knew to hide well and they could wait the whole day and give the slip.

Lat said he would call the Forest Officers but really nothing could be done because they did this several times, called them when they heard an injured  growl from animals but the Forest department was so understaffed, they wouldn’t respond. Such a sad scenario.

Can you blame the Leopards ? We were entering into their territory. There were rarely any places like how Julia & Lat maintained them.

Most of the homes encroached into their territory putting up thorn barriers, glass pieces, huge compound walls that stood out ugly and stark in such a beautiful landscape.

Innisfree Homestay had no barriers as such, nothing. It was free and open.

Julia was all set to go to Nainital to pick up her daughter . She would be out the whole day as just a one way to Nainital would be 3 hours.

So Deepta got into the kitchen and made a delicious Veg Pulao for lunch. I hogged and hogged I tell you! Yup, that’s one more thing the gal has. She is a fantastic cook.

I know there was a beautiful room I had inside but seriously why would anyone want to stay inside when the outdoors was so enticing? It was hot and sunny but so cool sitting in that shade.

There were a couple from Delhi coming in that day with their teenage son and another guy – a biker who would be coming in late evening.

That day Arjun gave me, Deepta, Harsh and his staff a nice tutorial on how people make money on You Tube. It all started with how the hell does this work which set a spate of let’s do this tutorial and it was a revelation! You might think what was that all about suddenly. Well, lessons come about when you least expect it, doesn’t it? 🙂

Deepta and Arjun finally left for their place as they had a lot of cleaning up and catching up to do. They would be back soon in the evening while I rested and relaxed with a book.

I remember I would go to my room for like 5 minutes and again get out and sit in the backyard! I was thinking gosh this is my freaking last day, I better not waste my time sitting inside.

Finally I took a short nap and saw the couple with their teenage kid were already around. I did some small talk with them and withdrew. I was not in a state of mind to be with anybody unfamiliar at that time or so I thought.

I met another guest later whom I connected with briefly. An awesome guy, Abhilash. He was a biker and trekker to boot. He was from Gurgaon and a car designer.A tent was set up for him outside. A beautiful luxurious tent I must say because the moment I saw that I told them, half of that was what Indiahikes gave us and 3 people crammed in it!

He spoke about Pin Parvati Pass he trekked last year and shared his experiences.  He faced Acute Mountain Sickness and it was too late to take Diamox tablet and they were in the middle of nowhere near the pass yet his trek guide made sure he got through it.

It was awesome listening to him. He didn’t want to go with a big group so he and a few of his friends hired an able private guide to take them. I kept a note of this.  It would be awesome to take a few like minded friends on a private trek in the future.

Now he was gonna ride all the way to Auli – the place renowned for skiing and he was also going to Chopta, Tungnath! I was like Chopta?? Oh man… I was all misty eyed when he mentioned it.

All those trekking memories came flooding back. I shared our snow experience, the Chandrashila summit which we couldn’t do. That feeling when you know someone is also a trekker is amazing, I don’t know why but it is.

Julia came back tired and smiling and I remember Abhilash giving her a hug warmly. He was a regular here. They were all so happy seeing him. This was truly a homestay. Early morning he would ride on his bike alone and start his journey.

That night again we got treated to a scrumptious dinner and this time it was with the new guests. Julia would always put others first before her, always. I don’t think it was just being a host, that’s how she is as a person.

Arjun & Lat  along with Deepta were planning a nice musical evening for the weekend. They were getting in musicians, locals too, setting up tents, cooking and sharing experiences together.

It was so tempting when they asked if I could stay back a little longer and I wanted to, but I knew after the weekend I would again want to stay back for some more time, it would never end, I had to go back to what I called home.

Abhilash loved time lapse capture and he had all this GoPro equipment and he was crazy about  capturing sunrise and moonrise, it reminded me of another person I met last year in a remote place in Ladakh, Atul Haldankar – an avid biker and whiz in time lapse cinematography.

Check out his team’s Powerdrift videos on Youtube especially the Bhutan one! So Atul, if you are reading this, do know that I still remember you and yes a must due visit to Pune soon this year 🙂

Deepta and Arjun were back in the evening leaving Cola and Fuchka in their house, properly fed and all secured.

That night I remember was one of the most beautiful moonlit nights. I was getting used to the Rum sessions and smokes as we all sat around the bonfire. The other couple retired to their room while we were hanging about.

Abhilash was busy setting up the equipment with Harsh to record the time lapse for the moonrise and I remember in my enthusiasm I was trying to click using my phone when Lat said in the most simple way, Just keep it aside and watch it with your eyes yaar, that’s enough.

Yes, I saw a moonlit night the other nights before too, but this one was so special. It was like we were in a time warp, as in slow motion, the full moon rose in it’s full glory. We were frozen, believe me, just frozen. I remember Lat, Julia and me standing and looking up.  It was the most memorable moment for me in this journey.

I remember Lat insisting we all have a cup of Chai or a drink and stay up a little while longer but I said I am feeling sleepy, bade a good night and went back to my room.

As I got into bed, I felt hot tears on my cheeks. What I saw, what I experienced, I could only express through my tears. My heart was full and overflowing like it would burst. And for the first time I didn’t want to label and pin it with any ’emotion’, no slotting it to anything, I let it be.. 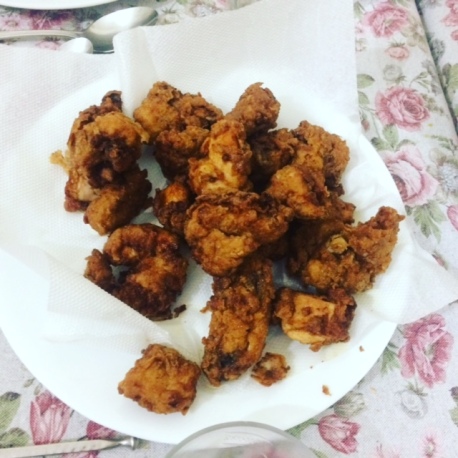 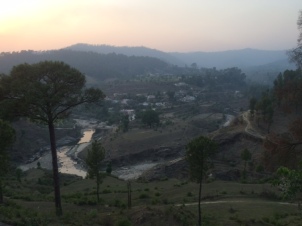 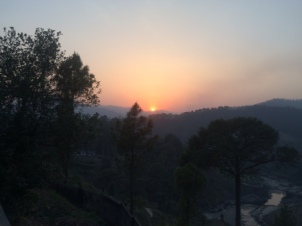 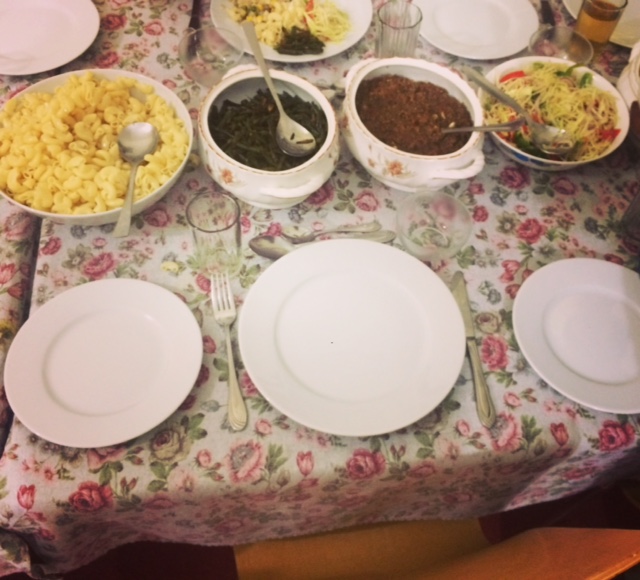