We woke up early morning and got ready. Himanshu had already given a briefing about today’s trek. It would be a difficult 8 kms, we would get out of Jiskun and keep ascending up and above.

We would be able to fill our water bottles after a couple of hours and until then it was just huffing panting our way up to the steep ascents. Bhim had recovered by now and except for that sore throat he was feeling much better. We slowly started our way on the trail.

But let me tell you this, in spite of the tough paths and ascents and getting out of breath, the scenery was breathtaking to say the least. As we saw the Jiskun village fading away, we saw little hamlets, cottages literally on the precipice of the mountains and it felt like it was hanging right there! The lush greenery could blind us all.

No network, no communication, no contact with the people of the ‘other world’, yup the same world we came from with all our baggage, it was bliss. This is the most beautiful aspect of the Himalayas. You have to earn those miles you know? She tells you that you have to make that effort to see her, see her in her raw magnificence and you have to be worthy of it.

Bhim and I were discussing this during our Darma Valley trip too, one has to be destined to be in the Himalayas, it’s not like you book, hop skip and jump and you are deep in the Himalayas and clicking pictures to show it back to the world through social media that you were here. That’s all just at the surface level. Almost everyone who visits the Himalayas, whatever might be their intention, comes out with a different perspective but yes, you have to truly earn it..

Now the trail was getting tougher, rocky semi climbs and only ascents and nothing else, the sun beating directly upon us didn’t help us much either. I started walking at the end of the group now and Bhim was doing the same, we would walk in silence, sometimes stop and look around us, take a breather and move on. I was not feeling well that day, it was my turn I guess, so I took it slow. Plus we had our man Rabin with us who would initially not speak or open up but smile. He patiently waited till we would get going. His only words that day was ‘Chalo Chalo’! Every single time 🙂

We had no respite of straight trails today and believe me when I say this, today would be an easy day compared to what all we would endure in the next few days! Himanshu would watch out for each one of us.

I remember an instance when Bhim and I shared our love for 90’s corny Hindi film songs to Himanshu and Kashif, yup that era with those jazzy clothes, jhankar beats and horrible hairdos! Immediately Himanshu beautifully imitated the singing styles of Kumar Sanu and Udit Narayan, we were dumbfounded and impressed! He sounded exactly the same and we all reminisced about those Pop Songs Era – Shaan, Silk  Route Junoon, Sonu Nigam with his song ‘Tuuuuu’ and many more! It was so much fun as we panted and laughed ascending up 🙂

We were now crossing a trail through the jungle, very narrow and what you would think were trails were really narrow rocky ones and holding on to whatever you could,with  your hands for support and keep moving. At certain points we were crossing the Rupin River over rocky boulders and small bridges.

The Rupin river with its’ icy blue colours was gushing almost overwhelming everything around us. We were nearing Jhaka, the last village and Himanshu told us to replenish or buy anything we wanted to because after this, there would be no village, just other trekkers or shepherds.

One funny moment happened as we were walking, Bhim and Kashif were talking and out of the blue Bhim told Kashif to sing a song from Ranbir Kapoor’s movie, the song was ‘Channa Mereya’, the hilarious moment was Kashif holding a Channa(Chickpea snack) and singing to it with passion and feelings and Bhim recording it. We burst out laughing and it was so sporting of him to do that. The Mountains do that to you, set you free unbridled where you can just be your self.

But one could not deny this, all the trek leads I had were adventurers, had a searing passion towards the mountains, they were the rebels, the ones who didn’t take an off beat path but in fact made their own path and walked on it and most importantly were all heart.. Each one unique in their own way.

The whole scenery was constantly changing now, from rocky boulders, high ascents through the jungle, the scene opened wide with the vista of mountains surrounding us.. Bhim and I saw Pooja, Nirvi, Akaash and Rabin ahead and just like that we saw them dancing! Rabin was dancing so beautifully, so gracefully while Pooja Nirvi joined in.

Finally after what was a day of tough trekking we came to the camp site, we looked around and saw that the toilet tents were down below, well after Pathar Nachauni scary on the edge toilet tents(Roopkund trek), this was really not that bad.

You would think we would just throw in our backpacks and head to the tent and sleep right? Well we tried, seriously we did, but maybe it was the energy of the group, maybe we all wanted to be together and so we stuck together outside chatting and laughing.

Then we started dancing ! Pooja and Nirvi lead us into it. All hindi filmy songs I tell you and we danced in gay abandon, we pulled in the Sarala Birla boys and pushed them to dance. Neel was on a roll, Advaith joyfully jumped in, Amish as usual was clueless at first saying I can’t dance so I told him, just imitate the others man and so he did. We became this big solid group dancing away.  Even the shy Anand who has the cutest smile btw  joined in along with Praveen. From Himanshu’s handstand to the Sarala Birla boys signature movements which Karna, Divyaj got, Himanshu miserably failed, Pooja got it and the rest of us tried and gave up 🙂

I swear until dinner we were together, all of us in every possible way and how can I forget Kashif’s expressionless dance on the song ‘Kisi Disco mein Jaae’, now that song is not the same as before for us. It was super cool!

It was time for dinner and we slowly made our way to eat. I remember each one of us talking to a few about our dreams and aspirations, our passion. Bhim was with Advaith making him listen to a song of Joan Osborne’s What if God was one of us’.

I was talking to Kashif about my cafe and what it meant to let go.. It was with a lot of heartache I and my partner made a decision to let go after almost a decade. I had signed it off to be given to the new owners and came on the trek, this was going to be a new beginning.. I had and still have no clue what’s in store for me after this.

Kashif spoke about his dreams, what he wanted to do. This is the thing about treks and being in nature, you open your heart out to people you just met. There are no barriers, you open your soul, you are free.

After dinner, Himanshu made us play a game called ‘Chinese Whispers’, so the game was that one would whisper a line (Hindi or English) to the next person and it had to pass on until the last guy would say it out loud. Then and there it was decided it had to be in Hindi! It was hilarious with the Sarala Birla boys and especially Amish who screwed it properly every single time! The words that came out of their mouth could put a sailor to shame! All unintentional but downright below the belt dirty stuff thanks to them. Poor Anand and Praveen the Tam boys from Chennai just couldn’t get it, the Hindi words stumped them! I don’t think we laughed out loud as much as we did that day! 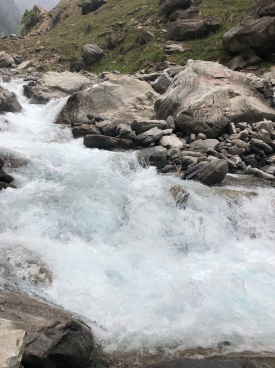 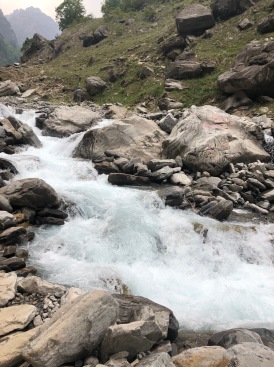 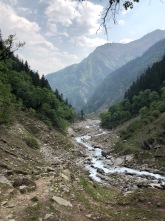 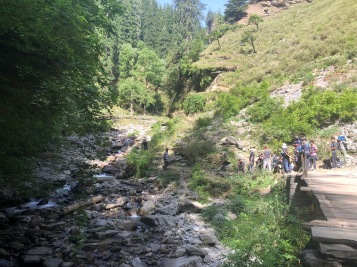 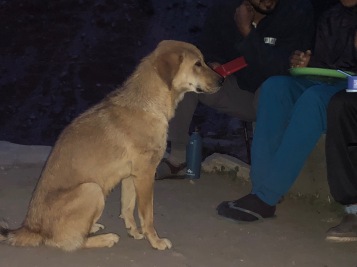 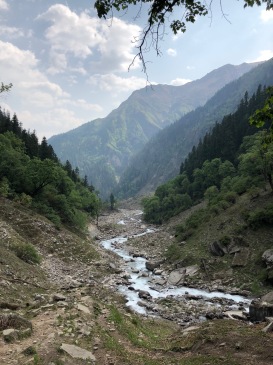 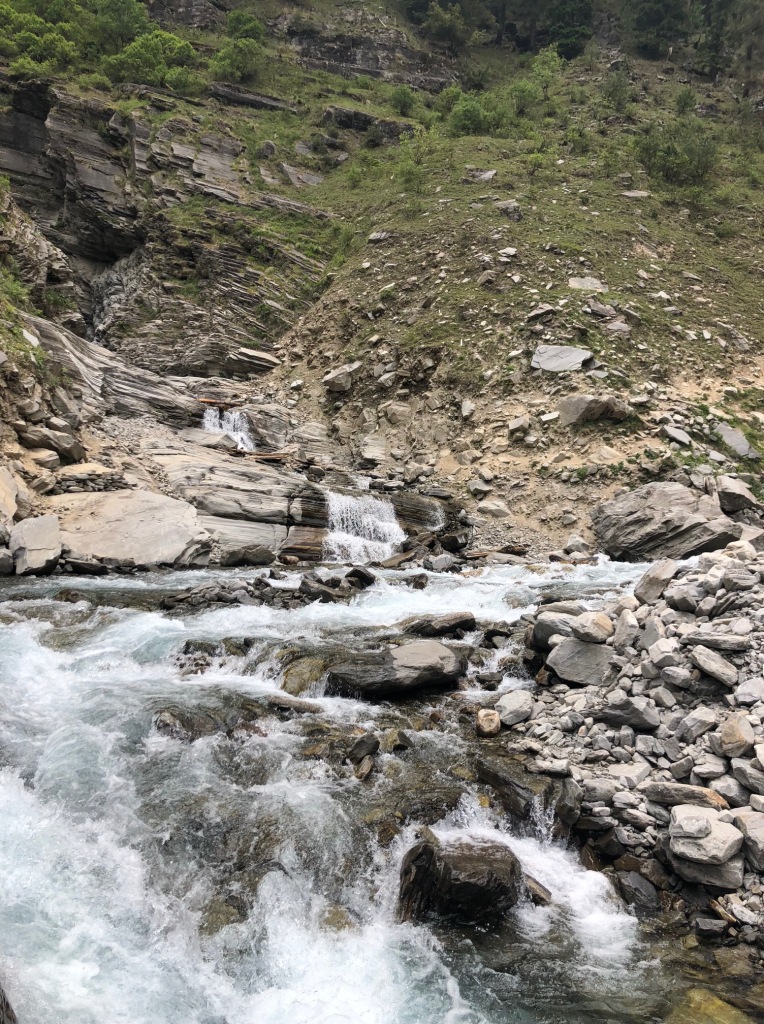