I woke up as usual to run my last run in the city, at least the last one for the time being.

Pankaj had mentioned he would join around 7.30 am. Bhim dropped me to the race course and would come later..

I completed my run much earlier and didn’t feel like going back to the apartment so I went towards the grass, yes that beautiful open grass, took off my shoes and walked slowly feeling the moist grass. It was cloudy with fresh breeze and so beautiful..

I stretched, did some breath work and I lied down flat out on the grass with my arms open wide.. I didn’t care if my T-shirt got wet or I didn’t have a mat. I looked up towards the sky.. I was so present in every way..

The birds, the blue sky, the gentle breeze, the surroundings around me.. A couple practicing yoga nearby, a swimmer talking about his races to his buddies and a lone guy in meditation. I could feel their energies.The people of Bombay were something else, they found their own little pockets of peace amidst the chaos.

I always had an extra affection and envy towards folks who had the sea. Bombay for all its hustle bustle had the sea. What could one want. They knew how to use their time.

I was lost in my own world when I got a ping on my phone. Pankaj messaged saying he wouldn’t be able to make it to the race course and he will meet later. I was too blissed out to message or do anything about it. Things will happen when it has to happen.

A few minutes later Bhim called and hearing my voice he knew I was in bliss 😊He was like dude you sound like you are happily intoxicated!! I was really, my heart felt so light. To feel the earth, to feel the grass and mud, in your hands, feet, to be there in it is such a blessing.

Bhim told me to call him back once I enjoyed my time to the fullest, he knew what it is to be in this state. Himalayas do that to you.. The mountains taught us to be in it in each breath, to be still, to be aware and to just let go..  I was missing the Mountains terribly now and I thought back to that time in April when Bhim and I were in a valley and we lied out flat on the grass totally far gone out.

The sun was coming up now and it was time to head back but first..

I told Bhim to meet me midway. As I slowly walked back, I saw my mate swaggering towards my side. We sat on the wall watching the serene waters, the crows and took in each and everything.

We decided not to rush anywhere for breakfast and instead decided to sit at Haji Ali Juice centre and have Sitaphal cream. We shared one portion and then went ahead to have the classic Bombay sandwich! It was filling and delicious! The minutes were ticking. In a few hours we would push off to different destinations- the one we called ‘home’.

I felt so sleepy after that I dozed off until Bhim woke me up to say Pankaj was here! But not before Bhim clicked a pic of mine sleeping like a Panda and which I will never post here 🙂

We chatted for some time before it was time for Pankaj to leave. Giving him big hugs we walked him down to his bike and I felt my heart sinking seeing him go off. I knew I would see him again yet.. I suddenly realized I wouldn’t meet Bhim too for at least 3-4 months or more as he would leave to the US for a couple of months.. What are these connections and friendships that tugs at your heart strings..

We were in no mood to freshen up, so we decided to go for lunch to Jimmy Boy, an Irani restaurant at Fort. Kashif had already messaged that he would meet us quickly in the afternoon if we were around that side. So we messaged him and he said his office was just a few hundred metres away from the restaurant and he would join us.

At the Fort area, it was bustling with jam packed traffic and our cabbie from Uttar Pradesh regaled and argued with us on his political affliations while Bhim was trying to make him see sense. In the end, no matter how much you ignore, voting is influenced largely by caste system and the urbanites will never get that. The real pulse, the real voting power is in the rural side and they make their decisions solely based on their caste!

We got into Jimmy Boy. Bhim ordered vegetable cutlet and Vegetarian Dhansak, I ordered Prawns Koliwada and Chicken Cutlet with some Ginger Sodas for myself and Bhim and in walked our buddy Kashif.

The moment he looked at us, he was shocked! We were barely looking like the people he met a few days ago. Unkempt, no shower, in shorts and T shirt, we looked like his bodyguards and helpers! Bhim actually said that teasing him, Sir is sitting with us lowly people! 🙂

Kashif had a quick lunch with us. It was really sweet of him wanting to meet us before we left. He didn’t have to but he rushed from his office and met us and rushed back again for his meetings. This man had a big heart.

It was time for us to pack, freshen up and get ready to go to the airport. We packed up and gave longing looks at the apartment. It had become home to us. It was calming and had a wonderful energy about it. Our Bombay experience turned out the way it did because of our wonderful friends and the place we stayed at.

I was having a lump in my throat as I packed..Very soon we would reach the airport and Bhim and me would catch different flights. It would also end my vacation with him.

What a dream holiday it had been. And since I started trekking and travelling with Bhim, every moment has been awesome, I could totally be myself with him and tell what’s in my mind without blinking. We were two crazy mates who would jump in to do anything adventurous and be in the moment.

We gave a big hug to each other before we left to the airport. It was an awesome trip and there would be more to go with this guy in the future, I knew that.

Before we went our separate ways, we sat in Starbucks, the same one we sat 6 days ago with all the excitement of being in Bombay. Somehow it felt like we were living in this city for a long time. That’s what happens when one had the best of the best times.

As my flight was about to take off, I reminisced about everything, the friends I met to the friend I was with. How privileged and lucky I felt to be surrounded by people who loved, cared and expressed it with a full heart.

Bombay, it’s definitely not the end, with the awesome people you introduced me to.. Till we meet again, by the sea… 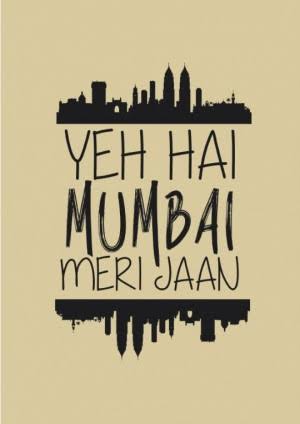 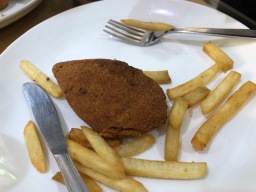 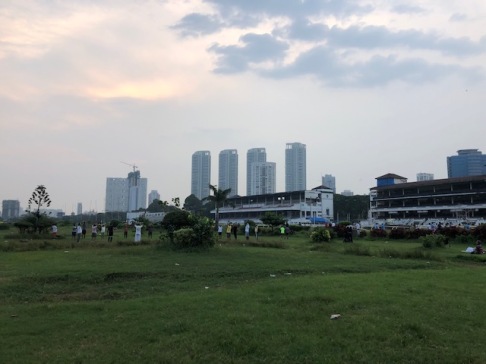 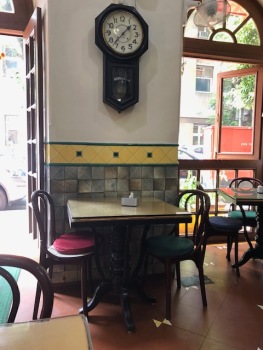