My dorm mate was Arjun. He had come from a close friend’s wedding in Delhi and was still hungover.We chatted briefly about what one could do while in Calcutta, he was on a short trip and was planning to go to Shanthi Niketan the next day.

He was supposed to meet a friend in the evening and asked if there were good bars and pubs to hang out.I was like man, you are in PARK STREET, there were plenty of choices! I rattled some names. I told him maybe we would bump into each other in the evening as I planned to go back to Trincas.

After freshening up, I walked towards Esplanade and New Market. I wanted to be a part of the buzz,the crowd, the haggling and of course the street food. I wanted to have those Puchkas and Kulfi Faluda, no way was I gonna miss them on my last evening here.

I reached New Market and took in the atmosphere. How it changes in just a few days. Three days ago when Priyanka got me to the same place,I felt bamboozled by the noise, the crowd, it was overwhelming then but now, it felt familiar and comfortable.

I passed through ‘branded’ tshirts,chunky jewellery, accessories and sometimes I would stop and look around,it was fun.

As I walked along I got distracted by this visual in front of me. This beautiful entrance filled with photos aligned creatively with psychedelic lights, it was intriguing,I went inside. It was an art and design exhibition from students from the college of arts.  From paintings- local folklore to contemporary,art installations showcasing Old Bengal to doomsday interpretations, it was captivating.

I walked through their campus and could hear Rabindra Sangeet playing in the background. It was evening,dark and the colours and lights in the building and the campus gave it a surreal effect. It was like turning back time. Young men and women- the students were dressed in traditional attire,it was beautiful.

I walked back towards Park Street to have a beer at Moulin Rouge.I stepped in and who did I see but Arjun sitting alone and drinking some pretty looking cocktail 😊 He waved and I joined him. He mentioned his experience at Oly’s(not good!) so he decided to check out this joint.

We got talking. He was an only child like me. His mother ran a school in Trivandrum called Shanthi Niketan for 20+ years now. He was in the field of education,loved it and wanted to take it forward.

Instantly my mind went towards a close friend of mine, Sanghamitra,similar story. An only child again and her mum was running a school from the past 25+ years in Hyderabad. Now married and living in US, she always knew she would move back to India eventually. She was equally passionate about education and taking her mother’s vision forward. I mentioned about her to Arjun and told him I will connect them.

Here were two women who started schools decades ago, with wholehearted support from their husbands who took a backseat as they saw them surging forward. These stories need to be told. It will inspire a lot of girls and women to go beyond their comfort zone. Arjun promised that he would come to Hyderabad and meet them.

He shared photos of his close friends wedding, the shenanigans,the drunk dancing and it was a Malayali-Punjabi wedding and one common thing between the two communities was to drink like no tomorrow, in short it was a blast!

We shared a lot about our lives,our stories,relationships,speaking everything under the sun and it felt comfortable.To find a mate with lots in common when you least expect it.

What was heartwarming was his reason to visit Shanthi Niketan. His mother’s school had the same name and without realising it they started the foundation of the school,lighting a lamp on Rabindranath Tagore’s birthday. It was meant to be.

Arjun’s parents were really cool,they let him be. I reflected on my parents,they really let me to do stuff and be what I wanted to be without any fuss. Was it an only child thing? I guess not😊

Arjun’s dad wanted to trek Everest Base Camp so I suggested to Arjun that they do something easier and smaller together first. It would be good to get a whiff of it. Trekking was something you either loved it or hated it. There was no middle path to it.

It was 8.45 pm so we headed out to Trincas. Yup the same one with live music and at night it looked even more old world magical.The semi dark ambience,the live band belting songs. Arjun’s eyes twinkled and he said Shit! I love this! I really love this! He was an old world nostalgia junkie like me.

We had so much fun that evening requesting our favourite songs,chatting incessantly over beers,the atmosphere at Trincas felt like we were in the 70’s. I couldn’t believe the night was turning out to be magical. I remember us getting out for cigarette breaks,more beers and more awesome songs😁

We had to eat so we picked up the rolls,sat in the hostel’s portico and chatted away. We were pretty high and happy and it was past midnight.The place was buzzing with other dorm mates. It was like a big party! It was also time to call it a night.We went back to the dorm and crashed on our bunk beds.

I thanked my stars, the turn of events today and how great it was to meet Arjun. Another connection that would last. I called out Good Night Arjun! And a sleepy Good night came from him.

Tomorrow it was time to head back. 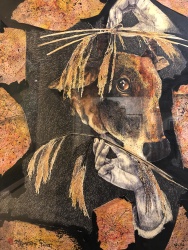 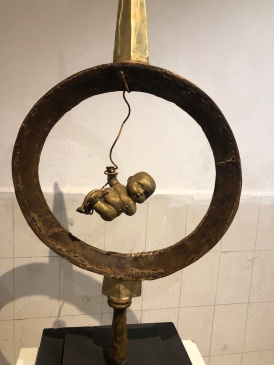 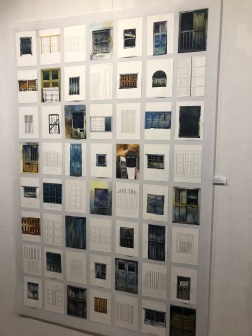 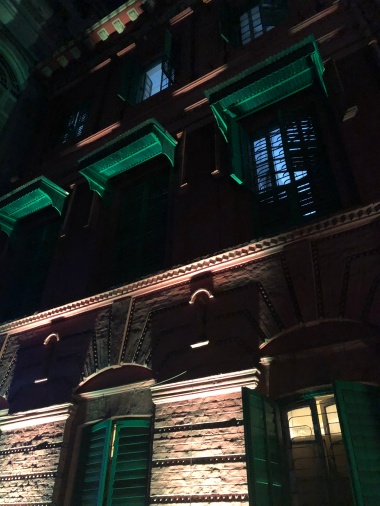 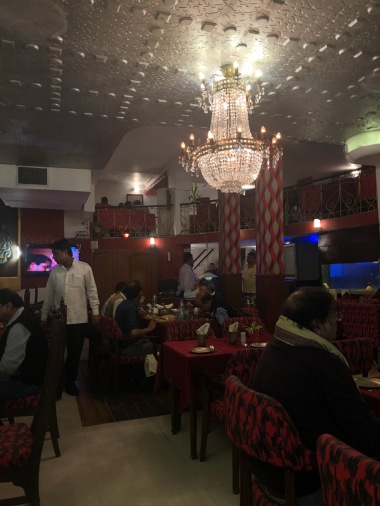