Sid walked into Leopold with his arms wide open saying Hi Dear! and gave me a big tight hug. Sid’s hugs were something else!It was filled with love, lots of love.

We sat in his car and off we went for a massage. Sid took us to his regular massage place and it was a fantastic one and he treated us. We insisted that we pay and he was like Nonsense! Am a member here, it’s ok! The love and generosity from friends is something I feel, one should be blessed to receive it.

Post massage he took us to CCI- Cricket Club of India for coffee. Last time we were here was with Sid for a lovely evening of drinks and dinner.

This time we could clearly see the massive Cricket grounds and elegant people seated on the tables sipping beer/ coffee. Sid mentioned that the ground was now used only for league matches like Ranji Trophy. The club was a class apart. It had a long illustrious history to it and the members of the club continued for generations.

So over coffee and ‘bhelpuri’ which Bhim started munching on again, we laughed chatted as he shared his date details to Sid. Whenever Sid, Bhim and me were together it was pure unadulterated laughter and the kind of things we shared was uncensored and it was always fun.

Sid held his heart on his sleeve and he really was a gentleman with lot of manners, etiquette and straightforward in his thoughts and views. As we were chilling with him,Pankaj called us to check where we were. He told us to meet him at Radio Club at 7.30 pm along with Sid. Pankaj’s friend Babbubhai would also join us.

It was Friday night and at Radio Club it meant a live band and karaoke night and Pankaj insisted that we must spend our last evening there.

We all took our seats at the lounge and settled down. It was a delight to see Babbubhai again. Thanks to Pankaj I had the privilege of travelling and trekking with them both on a 15 day trip across Ladakh. That one trip changed my entire view on the mountains. It was a long 15 days with lots of challenges, high altitude, chilling cold and we had a blast.

Babbubhai was 70 when I first met him and his energy, enthusiasm, inquisitiveness could put a 25 year old to shame! A professional photographer and bird enthusiast I learnt a lot from him. Also Pankaj who made me believe age has nothing to do with learning and exploring anything.When I told him I was 40, He said, Ha! You have a good 25 years of trekking to do and I have never looked back since then.

Babbubhai, Pankaj and me had also done this crazy monsoon trek outside Lonavala with another crazy guy Visu where we crawled over thorns, climbed down from a waterfall and also got lost 😁 After being with them, I had begun to rediscover that childlike enthusiasm, to just dive in and not look back. I owe a lot to Pankaj and Babbubhai for helping me shift my perspective these past few years.

After we settled in with beers, vodkas and whiskeys Pankaj asked Bhim, so what happened? And so Bhim repeated in detail about last night. And Pankaj said like a true blue Gujarati, 5000 Rs ka ghata ho gaya!( loss of 5000 Rs)!😊

We relaxed,chatted and laughed over drinks and food while the Karaoke was going full on.Hindi and English numbers were being sung. Bhim too volunteered and sang U2’s ‘ With or Without You’.

Sid and I were talking about love,relationships with Bhim pitching in and Pankaj adding his dose of humor to it. Babbubhai always had that benign smile and would open up only after a couple of pegs.It was a beautiful evening.

Almost around midnight we called it a night but not before Sid took us to this Paan shop and made us have this delicious Meeta paan( sweet paan) and dropped us off at Pankaj’s place. We made a plan to meet up with him again in September in a place we all had come to love over the years. We bid him a warm goodbye.

Tomorrow early morning, we would drive to Dahanu- the coastal side into Rural Maharashtra. What we would dive into would be in complete contrast to what we experienced so far.. 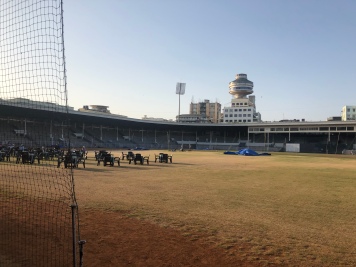 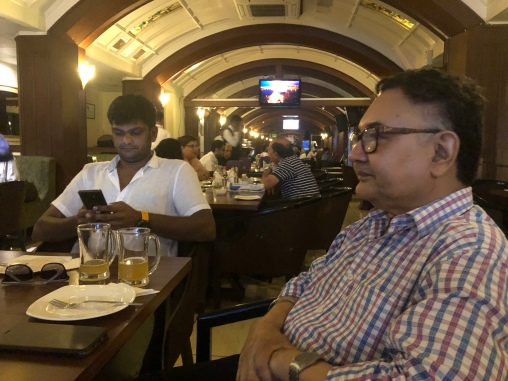 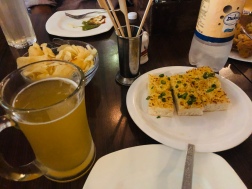 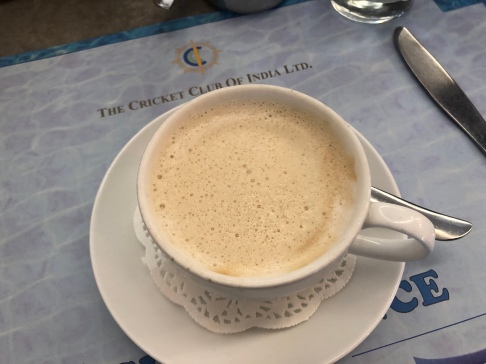