By the time we all crashed to bed, it was past 2 am so all that ‘josh’(enthusiasm) to run in one of the parks in Pune went for a toss. When it’s a vacation, it should truly be one isn’t it?

Aanchal the sprightly 21 year old already had a list of places( read that as food and beer) chalked out for the day. Kajal, the younger one, all of 16 years was super excited to be finally on A VACATION. That’s right the gal didn’t have a proper vacation yet not if you count trips like Shirdis and Tirupatis. And I was very happy to spend my time with them.

Aanchal was someone I saw growing up in close quarters and she reminded me of myself when I was her age with all the hopes, dreams and aspirations of surging ahead ready to conquer the world. Kajal though younger was the calmer one keenly listening, observing people and coming out with witty repartees!

So when you have an Uncle and his nieces, all witty, humorous and free spirited, it’s  bound to be crazy!😁

We started off with a hearty breakfast at the hotel and all Srini wanted to do was to have chilled beer mid morning. But I wanted to do some sight seeing so I suggested we go to Aga Khan palace. Aanchal right on agreed to it as she wanted to show her little sis some places at least.

The Aga Khan palace became more famous when the British Raj held prominent freedom fighters under house arrest during freedom struggle of India. Sarojini Naidu, Mahatma Gandhi and his faithful secretary Mahadev Desai and so many others.

As we entered into the grounds of the palace, the beautiful Pune Sun was on us, it was wonderfully warm and very pleasant to walk. Filled with lush greenery, the palace stood out in its austerity and aesthetics. We were in awe just looking at it. It was calming just being there.

There were so many stories displayed there. But the most touching one was when Mahadev Desai passed away when they were under house arrest and Gandhi refused to give his body to the Britishers. They were not allowed to get out to perform the funeral. So Gandhi did a stand off saying how can I give him up who was like my son? I have to perform his funeral rites. So they allowed Mahadev Desai’s funeral in the grounds with Gandhi lighting the pyre. It completely teared me up.

This was also the place where Kasturba, wife of Gandhi breathed her last. There is so much we don’t know, of the people, of the struggles and honestly the narratives are still very narrow. What we know is just a small speck. There are many such narratives  in every corner and breadth of India during that time that has been lost or suppressed in history..

We walked around the palace surrounded by massive centuries old trees. There was a memorial of Gandhi where a part of his ashes were kept alongside his faithful secretary Mahadev Desai. It was a solemn moment as no one spoke. Everyone who came there walked in silence, taking in that moment.

After we came out, the first thing we wanted but naturally was Beer! Aanchal took us to this open outdoor kind of space called ‘The Hidden Place’. This was one thing missing in Hyderabad. No no, don’t argue with me on this saying look at the nightclubs/pubs/cafes whatever hangouts in the city.

Hyderabad doesn’t have a cosmopolitan culture and let me tell you neither cars nor brands nor buildings is culture. If Bangalore has old world pubs to a brewery culture with arts and theatre thrown in, Pune has a hip vibe and along with students coming all over the country, it’s beautifully blended.

As a person who has been in the hospitality business, I can tell you what we lack is a good crowd, a melting pot it certainly is not and not at all open to experimenting with anything be that food,arts,theatre. Shorts/ Latest trendy clothes might have replaced traditional robes but the mindset hasn’t changed.

What I loved about Pune was that it had the young hipster culture and was also proud of its Maratha History and traditions and both co-existed. It has an awesome crowd and energy. A well travelled, well read crowd that knew it’s bearings.

Hyderabad has none of that and cannot be counted even among periphery cities. The city is under ‘confusion and chaos’, in people, it’s leaders, the governance. To develop a culture, it has to have some at least. Like someone said to me years ago, ‘How can one build a culture when it’s non existent in the first place’.

At the beer place, Aanchal wisely used some of the coupon offers she had and we started our beer session. I could see Kajal enjoying it all. Her older sis was a big rebel, and she was following her footsteps. They rejected and abhorred anything to do with their so called community, the norms of how to, what to and were moving towards a new India. It was all because of Srini who literally brought them up along with his parents and told them to reject superstitions and age old regressive thought process.

The beer buzz slowly started hitting us, a nice sweet buzz if you will, and Aanchal told us not to order any appetisers because where she was taking us for lunch, we had to have enough space in our belly.

After a couple of hours we got out, took an auto rickshaw and went to this place called ‘ Surve’. Strictly for non vegetarians, their thalis (Meals) were huge and the food?? OMG! I never thought Maharashtrian cuisine would be so delicious when it comes to non vegetarian food. We ordered a mutton thali and Chicken Thali and that was more than enough for four of us.

There was no electricity and remember this was summer but it didn’t stop us from hogging. The extra gravy to the soft chapatis hit that spot and right when we were ending our meal, electricity was back on. We knew that if the fans were full on, we would have eaten more!

Now imagine us four, beer buzzed filled up with really delicious food and getting out in the sunshine. Inspite of being very sleepy, we still had the patience to have those Orange popsicles at the nearby general store and once we got to the hotel, we crashed hard.

After 3 hours I woke up to see it was 7 pm!! Where did the time go by? But that bliss of waking up from a good hard sleep is something else.

We got ready and went to KP- Koregaon Park. The area is filled with cafes, dessert places, boutiques, breweries,eateries to really small joints right next to each other and every place is packed with people.

We went to this really tiny place one could miss in a blink, but standing there I had the most awesome momos tandoori style. Yes! Tandoori Chicken momos! That taste lingers on so much that I don’t feel like eating original momos anymore.

Aanchal wanted to pub hop but the moment we stepped into Murphies we decided to stay put here. It was a Monday night, a more somber night and a wonderful mix of working professionals, couples and students hanging out.

What did it for Srini and me was the music in the background. Rock music right from Steppenwolf to Guns n Roses, CCR, The Rolling Stones and of course The Beatles! It was our kinda place! I remember singing loudly to the song Satisfaction 😁

Over Sangreas, beers, Cocktails, Potato skins stuffed with sausages, we chatted for hours. It was so good to see the girls express and be themselves, to know their point of view, to see how they viewed the country, the world. They were far away from media made terms of ‘divisive, intolerance’ every hue and cry that was made about every small issue on social media.

As I was listening to them,I realised that one should really stop saying this to the millennials, ‘ In our times, in our generation’ shit anymore. We should stop putting ourselves on a pedestal and expect them to behave like us. And hell we were not exactly goody two shoes growing up! If one takes the judgement away, you realise they are a lot more sensible than we were in that age.We can learn from them too.

One significant topic Aanchal and I were discussing was about this book she was reading ‘The Culture Code’, a brilliant book on why people around the world live and buy the way they do. She was now working in an advertising company and was moving towards the creative process- production and directing. When she gave me examples as to how people have a code, a significant code for every emotion and how it’s used  in advertising to lure them, it was mind blowing. So on another note, I would suggest you to get this book!

As more Sangreas and Beers kept coming, Aanchal got out and bought some special Cheesecakes from an Austrian Bakery nearby. The Austrian, she told me had a heavy Indian accent because of him living here for decades.

We came back to the hotel happy high that night and relished those cheesecakes! Aaah the joy of wearing your PJs, sitting on the bed and four of us digging into those delicious cheesecakes. There is something joyfully sinful about it! 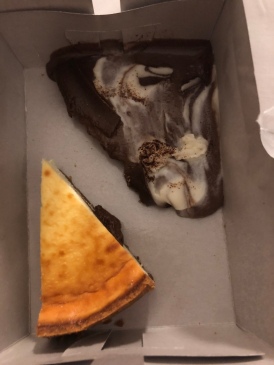 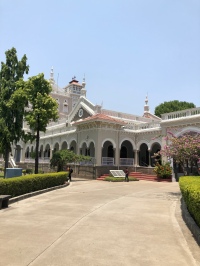 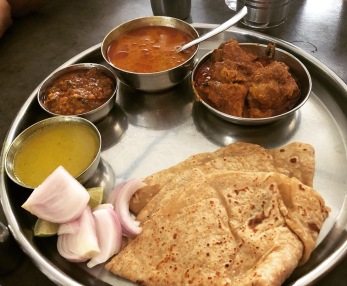 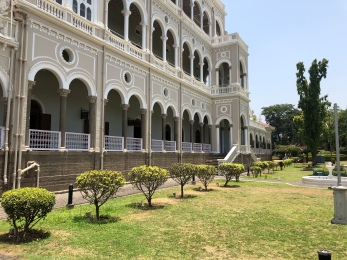 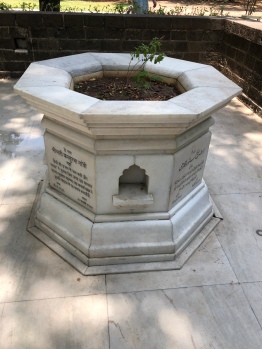 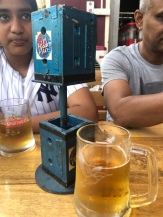 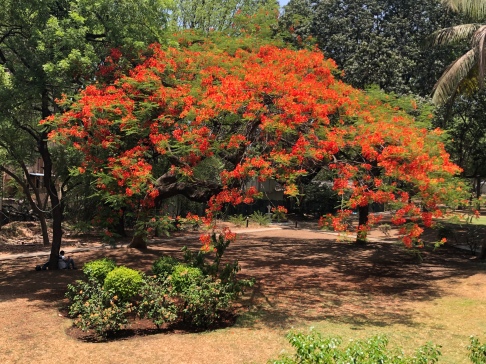