It was getting cold within half an hour of reaching Dzukou valley. There was a rush and the camping was based on a first come first serve basis. This meant that one had to rush and throw their equipment on the space and that slot was taken.

Ratan had wisely told the porter to rush ahead and keep the space and the moment we reached there, Roko and Piyush laid their claim to the space. They were unfolding the tents and Bhim and I pitched in to help. A few others like Anusha, Rubir also helped in setting it up. It always helped to work as a team.

There were 200, yes 200 of them in the campsite and we luckily got a space that was in front of the guesthouse and the kitchen. Roko mentioned that during July, August there would be as many as 500! That was when the rare Dzukou lily would bloom. We could see campers scampering for spaces and some of them went as far into the valley for space.

By 4 pm, it was dark and biting cold. We had our thermals on and Bhim and I got into the tent to spread the thin mat on the ground and to make the space warmer by spreading our backpacks. For some time we dozed off. By the time we got out, it was freezing cold inspite of so many people and pitch dark. It was a clear sky splattered with  stars and some planets were visible too.
Piyush asked Roko to check if the kitchen could make Maggie noodles for the group, he carried 10 packets of it. It was very thoughtful of him to do that. Roko said the kitchen was really busy cooking dinner for 200 people and yet he managed to persuade them to make it for us. These are the things that matters. They went beyond their usual call of duty and I truly mean this. When we got the ‘garam’ hot chai and Maggi noodles in that freezing cold, it was a blessing.

Every group had their own bonfire. We went towards the big bonfire set up by the kitchen. It was a big relief huddling and finding our space to get some heat. Bhim told the group about the ‘Hypothermia dance’. It was a series of steps that was practiced during treks. When it was freezing cold, the only thing to do was to do it with a partner. It was fun and instantly gave heat to the body. Bhim and I demonstrated the dance and the others in the group tried it too. Piyush introduced us to a guy ‘ The one in the orange jacket’ yup that’s precisely how he is called.

A hardcore Trekker, he lead his own groups and he was called that because he always wore a bright orange jacket. He knew quite a few trek leads from the trekking group we usually trekked with. The sky was filling up with stars faster than one could imagine, it was spectacular.

Just then we heard a commotion, there was some kind of fracas happening. Roko told us that there was an incident between a solo Trekker and Nicholas who had come with his group. This guy, the solo trekker came to Dzukou without a guide, and just placed his equipment at the space where Nicholas’s group had already staked their claim.

So when they kept his bag aside, he started shouting, it was ugly to say the least. He started yelling and Nicholas completely lost his cool when this guy said he would complain to Nagaland tourism board! Guys let me tell you what it does to local guides and their employment for no fault of theirs. They had pride in what they did, their reputation is at stake and when something like this happens, the whole fraternity gets blamed, worse they could be removed from their livelihood. Roko and a few others intervened and got that chap another space and calmed Nicholas down. Incidents like these tell you how tourists have no respect for locals or their land.

Bhim and I didn’t want to hang out with anyone after sometime, there was too much noise, loud music from Malayalam songs to Hindi songs blaring from Bluetooth speakers. We were meandering along until we saw a tiny space with bonfire and very few people. We joined in and whom we did we see sitting there? Nicholas! 😊

He recognised us from the festival. He graciously offered us a space to sit by the fire. He apologised for him eating in front of us. His group had already eaten and gone to their tents and so he and his team were finishing their dinner. I also noticed how he was checking on a woman, one from his group, she was having a severe headache, a sign of AMS( Altitude Mountain sickness) looking out for her, and telling her to drink more water. He assigned someone to take her to the tent and monitor her. I am telling you how important this is and how grateful one should be for this. One must have a lead like this who looks out for each and everyone in the group.

We started talking. Nicholas and Roko were internationally certified trek leads. They were specially selected through Nagaland board for a tough 16 day course in Mussoorie institute of Mountaineering, all expenses paid. He was very grateful for getting that opportunity and I saw how thankful he was. The fee was 30,000 Rs, which might not be much for most of us but for him and Roko, they respected it, valued it considering how tough it was for them to get there. Things like these tell me time and again how much we take everything for granted. My respect for Nicholas and Roko grew more after this.

He explained to us what happens during the course, the kind of stuff they had to train on. He also spoke about the incident with the solo Trekker. It was just not done. One complaint and the entire guide fraternity would be in trouble. I noticed Nicholas was more upset about the fact that not just his, but his entire community’s reputation would be at stake.

Hiring a guide was good, local guides meant local employment, it kept the young guys off from violence or any such stuff. They were not expensive either. They didn’t trust people who came without a guide. It smacked of arrogance, of an ego that meant they knew everything and the solo Trekker was an example. I remember the itinerary Piyush had sent and they also clearly stated, that taking local guides would mean local employment and it really helped the economy.

Nicholas offered us dinner saying there was plenty of it and we could have it here. He was so gracious about it. His other team members insisted we have food. Bhim and I looked at each other, yup Why not? When someone offers you with a big heart, it’s a privilege, you accept it. Over delicious Dal, Aloo and hot rice, sitting by the fire, we felt lucky. These guys were awesome. What else did we want? Hot dinner and company with Nicholas relating his experiences. After some time he had to leave, as he had to check on his group. He would be heading back at 6 am itself tomorrow with his group as they were leaving to Imphal in the evening.

We made our way to the tent saying good night to our group. Now let me stop here and tell you, that you already know what happened. Yup that freezing night in the tent! But with the bad, follows the wonderful! A morning filled with surprises and an amazing time with Roko was due! More to go.. Keep reading 😊 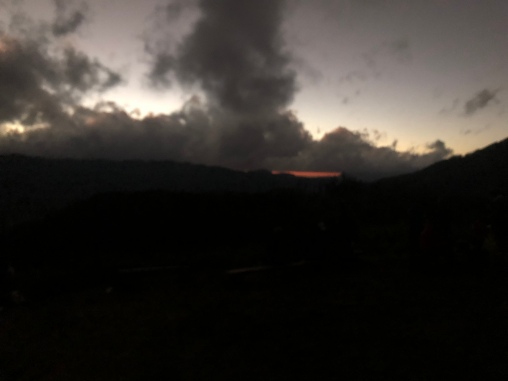 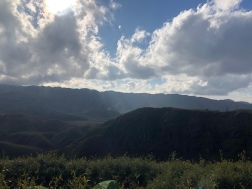 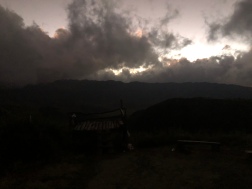 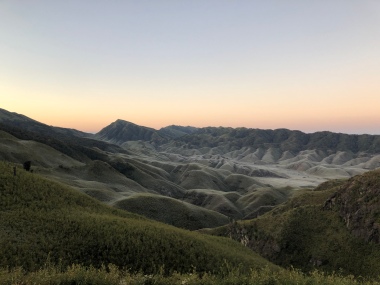 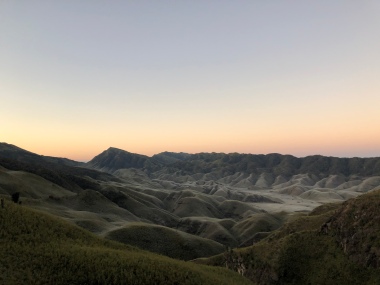